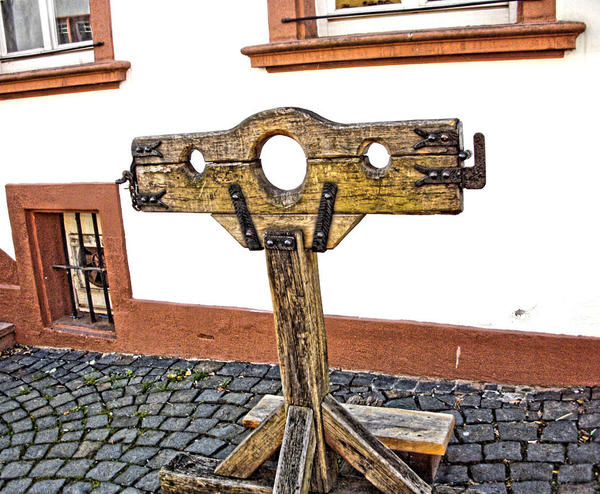 A leader should be slow to punish and swift to reward.
Ovid.

This quote strikes a chord with me, because as I look forward to my eldest daughter’s Jr. High years and her becoming a pre-teen, I struggle with how to punish and reward her. Fortunately for me a stern word and a harsh look has typically been all the punishment she has ever needed. However she no longer responds to “Will you do that for a Popsicle?” I honestly have never been one for corporal punishment, not that my kids didn’t ever deserve it, but because I am considerable larger than them, and was a little scared I could hurt them. Lucky for me, my tone of voice has always instilled a little fear in them and it has worked…..until recently.

It seems as though my daughters have realized I am all talk, and that they have me wrapped around their fingers. So as I struggle with how to reward and punish them, I thought I would try to get ideas from others on lessons learned from rewards and punishments.

My first thoughts on the subject are from when I was a child, back when corporal punishment was not only accepted but used efficiently in my house. Then there was the period in my life when I got bigger than my parents and they figured out, making my car not work or cutting of the money tree worked better anyway. Then there was the military career when it was typically embarrassment or the fear of letting your “Team” down that drove me not to require punishment. Eventually you build a corporate career and find that money and success are the reward and unemployment is the punishment.

So how would Christ have addressed this topic with his “Team”? Yes, the 12 Disciples were a team. Stay tuned later in the week for that discussion.

I realize this is not one of my longer or more profound articles but it is something I am currently struggling with and I would like to see some discussion.
Photo credit: oxyrhynchos – OLOliuqui / Foter / CC BY-NC

Categories: Corporate, Fatherhood, On the Team Tuesday
Disclosure of Material Connection: Some of the links in the post above are “affiliate links.” This means if you click on the link and purchase the item, I will receive an affiliate commission. Regardless, I only recommend products or services I use personally and believe will add value to my readers. I am disclosing this in accordance with the Federal Trade Commission’s 16 CFR, Part 255: “Guides Concerning the Use of Endorsements and Testimonials in Advertising.”