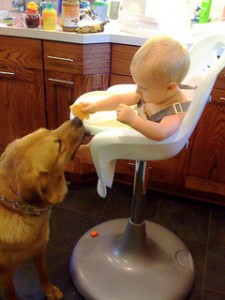 It seems to me that the very meaning of leadership is someone that leads. So how could it be possible to share leadership? I am thinking shared leadership is “one too many cooks in the kitchen”. So, is sharing leadership an acceptable model. Could it work?

I don’t know, but let’s talk about it.

The all-knowing Wikipedia says “Shared leadership is leadership that is broadly distributed, such that people within a team and organization lead each other”. I guess what I am thinking is a little closer to home. As I came up with the thoughts that generated the start to this piece, I realized there are lots of things that I discuss with my wife, but leadership has never been one of them. Why not? Aren’t we really sharing the role of leader in our family?

Shared leadership involves maximizing all of you resources in an organization, team, family, group by empowering individuals and giving them an opportunity to take leadership positions in their areas of expertise. With more complex problems, issues and markets increasing the demands on leadership, the job in many cases is simply too large for one individual.

Sharing leadership isn’t easy, but it’s definitely possible, and in many cases, highly successful. For instance, at a company that creates user interfaces for web design, the role of CEO was too extensive for one leader. As a result, it was split into two positions with equal status and complementary skills sets and responsibilities. After splitting the role of CEO, the leaders built on the new team, hiring experts to head up research and development, architecture and design, and sales. Using the shared leadership model gave these leaders the opportunity to focus on the areas in which they are most talented, to hire team leaders, and thus develop a successful, well-rounded and somewhat “flattened” company versus a more hierarchically structured company. For this organization, flattening has also meant that power, authority, and decision-making are more widely and deeply dispersed, both laterally and vertically, giving each individual an opportunity to show his or her prowess in certain areas of the company. It has meant deferring to others when they have more expertise. This is not always the easiest thing for leaders to do.

A Chinese proverb states, “Behind an able man there are always other able men.” The truth is that teamwork is at the heart of great achievement. The question isn’t whether teams have value. The question is whether we acknowledge that fact and become better team players. That’s why I assert that one is too small a number to achieve greatness. You cannot do anything of real value alone.

I challenge you to think of one act of genuine significance in the history of humankind that was performed by a lone human being. No matter what you name, you will find that a team of people was involved. That is why former US President Lyndon Johnson said, “There are no problems we cannot solve together, and very few that we can solve by ourselves.”

Categories: Corporate, Is leadership . . ., Management, On the Team Tuesday, Teamwork
Disclosure of Material Connection: Some of the links in the post above are “affiliate links.” This means if you click on the link and purchase the item, I will receive an affiliate commission. Regardless, I only recommend products or services I use personally and believe will add value to my readers. I am disclosing this in accordance with the Federal Trade Commission’s 16 CFR, Part 255: “Guides Concerning the Use of Endorsements and Testimonials in Advertising.”