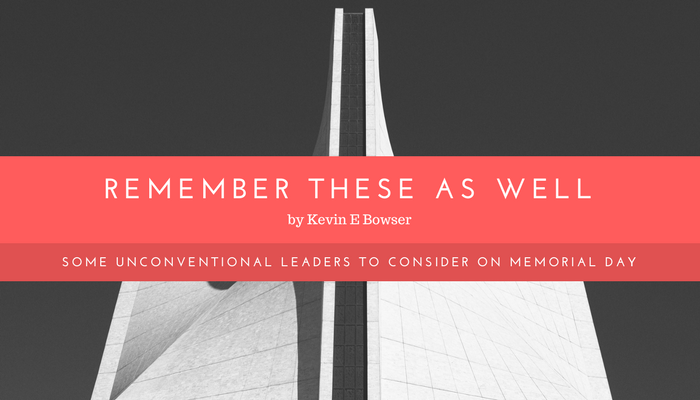 Consider these words from Margaret Thatcher. — “To me, consensus seems to be: the process of abandoning all beliefs, principles, values, and policies in search of something in which no one believes, but to which no one objects; the process of avoiding the very issues that need to be solved, merely because you cannot get agreement on the way ahead. What great cause would have been fought and won under the banner ‘I stand for consensus’?”

Adam Smith — He was a Scottish social philosopher in the 1700’s. He his best known for his work “The Wealth of Nations” which posited a framework for the basis of much of what we understand free market economics to be today. Although he was considered to be a champion of Capitalism and of laissez-faire economics, he was also aware of the limitations of unbridled capitalism. He expressed this concern in a subsequent work entitled, “The Theory of Moral Sentiments”. In this work, Smith emphasized the importance of sympathy for other people as a key element of human morality.

Consider these words from Adam Smith. — “Never complain of that of which it is at all times in your power to rid yourself.”

Lech Walesa — My fear is that there are many who do not even know who Lech Walesa is. He is 73 years old and is still living in his beloved Poland. However, more than 30 years ago, he was a leader of the burgeoning Polish Solidarity Movement which sought to end Communist rule. He was awarded the Nobel Peace Prize in 1983. After the fall of the Berlin Wall, Walesa was elected as Poland’s first President of the Republic of Poland. For those who did not come of age during the “Cold War” while the “Iron Curtain” separated the old USSR from the rest of the West, you need to read a little about a man named Lech Walesa.

Consider these words from Lech Walesa. — “It is hardly possible to build anything if frustration, bitterness and a mood of helplessness prevail.”

Is there more that I can do?

Yes! You can remember these as well. These are but a few leaders that come to mind when I think outside of the military box and look for leadership inspiration from those that have gone on before us. Some of which have long been gone. You would do well to remember men and women like these three historical figures and learn from their lives and the legacy that their leadership and influence have left us.

Categories: Leadership Profile, Recognized Leaders
Disclosure of Material Connection: Some of the links in the post above are “affiliate links.” This means if you click on the link and purchase the item, I will receive an affiliate commission. Regardless, I only recommend products or services I use personally and believe will add value to my readers. I am disclosing this in accordance with the Federal Trade Commission’s 16 CFR, Part 255: “Guides Concerning the Use of Endorsements and Testimonials in Advertising.”