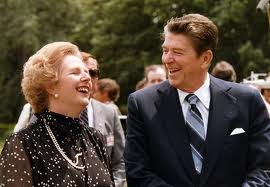 Some times we fall into the false belief that leadership is a male only club.  Alas, that is far from the truth.

Today the world lost a truly great leader.  Margaret Thatcher died of a stroke this morning.  She was 87 years of age.  She had been ill for several years and had rarely been seen in public.  And for her contribution to the United Kingdom and freedom loving democracies everywhere her funeral will be second only to a State funeral for a member of the royal family.  And her funeral will be second only to Sir Winston Churchill’s.

Today is not the time to debate or recite her history.  But it is undeniable that she was a great leader.  Dubbed the “Iron Lady” by political allies and foes alike, she, along with President Ronald Reagan, brought about an end to the Cold War and brought an end to the U.S.S.R.

Not many prime ministers remain in people’s minds long after they have stepped down. Margaret Thatcher was one. She even became a character in plays and films.  Some have been humorous as portrayed in at least one James Bond movie.  Fewer still have given their name to a political philosophy.  To this day, ‘Thatcherism’ is used all over the world to describe a brisk, unsentimental, and a pull-yourself-up-by-your-own-bootstraps approach. It can be viewed by some as political obstinacy. It has also become synonymous with ‘tough’.

She was a true friend and ally to the United States.  History continues to point to her and her working relationship with President Reagan as a model for allied nations to tackle issues on the global stage.