The 2012 Tax Season is winding down for most of us. Many of us (although not me) have already received refunds. Question: what did you do with yours? Did you set an example and save anything for the future?

In this Mentoring Moment, I want to speak to some of the younger readers of LV (and after the Saturday before last, I know you are out there!). I rely heavily on some work by Emily Brandon that goes back to the Fall of 2011 when she wrote about “Gen Y’s $2 Million Retirement Price Tag.”

There is no question about it, “Twenty Somethings” will need to save much more than their parents did for retirement.

A recent research report by the Pew Charitable Trusts says younger baby boomers and Generation Xers face an uncertain retirement because of reduced savings, high levels of debt, and losses during the Great Recession.

The study found that members of Generation X, who are now between 38 and 47 years old, lost almost half their wealth between 2007 and 2010. Young baby boomers, who are between 48 and 57, lost more money but a smaller portion of their overall wealth. The report says both of those groups are struggling to save enough money for retirement and are lagging older groups in terms of their savings. They also hold more debt than those groups did at similar points in their lives.

Retirement won’t be impossible for Generations X and Y, but they will need to save considerably more than the baby boomers to make up for less employer and government help. Fewer young people have access to generous retirement benefits, including traditional pension plans and retiree health insurance. And anyone born in 1960 or later must wait an extra year, until age 67, to claim the full amount of Social Security they are entitled to. Those who claim at the same age their parents did will get less. We all should be scared about our financial futures. 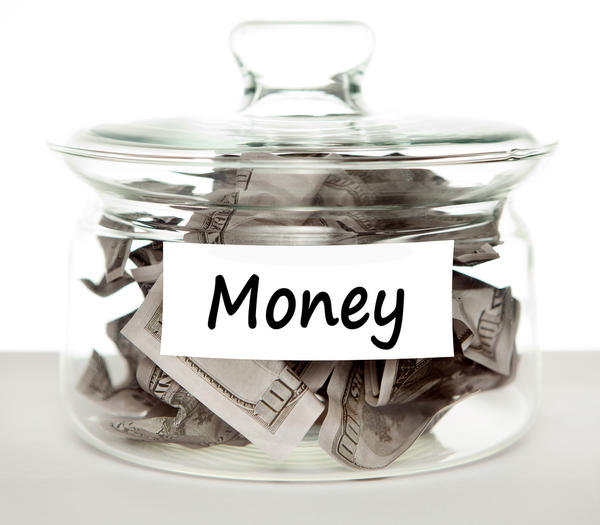 Well, all is not lost. Regardless of what kind of work you are doing to support yourself and your family, there is hope. So, here are some ways 20- and 30-somethings can get on track to retire comfortably- advise I wish I had been given when I was 30 years old.

Set a worthy goal. In a 2010 survey of 226 registered investment advisors commissioned by Scottrade Advisor Services, more than three-quarters (77 percent) suggested a retirement savings goal of at least $2 million for members of Generation Y, defined by the study to include those ages 18 to 26. Sixty-eight percent of the investment advisers said members of Generation X should also aim to save more than $2 million. “For a generation Y person who thinks she wants to retire at around age 70 who is going to have slightly above-average annual expenses, $2 million is probably the right number,” says Michael Farr, president of the Washington, D.C., investment firm Farr, Miller, & Washington and author of A Million Is Not Enough: How to Retire With the Money You’ll Need. But he cautions, “Most people who have high incomes and the ability to set aside $2 million will likely have more expensive lifestyles.”

However, other studies have found that young people may be able to get by on less in retirement. Human resources consulting firm Aon Hewitt calculated that Generation Y workers, who it defines as people ages 18 to 30, will need 18.7 times their final pay for retirement, including Social Security, traditional pension plans, and personal savings, to maintain their current standard of living after retirement at age 65. For someone whose final salary is $75,000, that’s just over $1.4 million, and Social Security will provide part of that. For Generation Xers ages 31 to 45, Aon Hewitt estimates they will need 16.1 times their final salary to pay for retirement. “A higher earner will probably continue to spend more in retirement,” says Janet Tyler Johnson, a certified financial planner and president of JATAJ Wealth Management in Fitchburg, Wis. “It’s really dependent on how much you need in retirement.”

Take advantage of employer help. Getting to $2 million will take some effort, even if you start saving early. A 25-year-old will need to save about $7,405 annually, or $142 per week, to get there over 40 years, assuming an 8 percent annual return. Retirement account contributions from your employer will make it much easier to hit your retirement savings goal. If your employer matches your 401(k) contributions with $2,000 per year, you’ll only need to save $104 per week to have $2 million by age 65, again assuming an 8 percent annual return.

Control costs. Minimizing investment fees and expenses will help you to grow your nest egg faster. That’s because high expense ratios on mutual funds can have serious drag on your long-term returns. Getting a 7 percent annual return instead of 8 percent over a 40-year career (because you are paying 1 percent in yearly fees) means you will need to save $2,255 more per year to still hit $2 million by age 65. Index funds generally charge much less in annual fees than actively managed mutual funds. “If I didn’t manage my own money, I would buy a S&P 500 index fund because it is low cost,” says Farr.

Get a Roth IRA or 401(k). Roth 401(k)s and IRAs allow young people, who are likely to be in a low tax bracket, to pre-pay taxes on their retirement savings. “Young folks are in a lower tax bracket now than they will be in the future, including when they begin to tap into their retirement savings,” says Joe Alfonso, a certified financial planner for Aegis Financial Advisory in Lake Oswego, Ore.

Maximize Social Security. Social Security provides a base level of income that your retirement savings should build upon. T ake steps to maximize the amount you get by making sure you have at least 35 years of earnings under your belt before you sign up for payments, so that zeros won’t be factored into your calculation. And carefully consider the age at which you begin to claim benefits. Payouts increase for each year of delayed claiming between ages 62 and 70.

Of course, you don’t have to retire at age 65, or at what the Social Security Administration defines as the full retirement age, which is 66 for most baby boomers and 67 for younger people. Working a few extra years gives you more time to save, allows your investments a longer time to compound, and reduces the number of retirement years your savings must finance. If you’re 25 now and willing to work until age 70, you could reach $2 million by saving just $95 per week, assuming an 8 percent annual return and not even counting the 401(k) match.

Don’t get hung up on the number. How much you need to save for retirement largely depends on your expenses. If you’re willing to pay off your mortgage before retirement, move to a smaller house or low-cost area of the country, and live a modest lifestyle, you may find a way to get by on less. Conversely, those who want a lavish retirement will need to save more. “If you’ve got a goal based upon assumptions about inflation and rates of return, it’s actually counterproductive, because those numbers can be pretty big, especially for young folks,” says Alfonso. “It’s more important to focus on the things that you can control, such as the percent of your gross income that you save and to really focus on your career and moving up the salary chain.”

The secret is to plan a little and to take action. Your financial future is something you are accountable for.