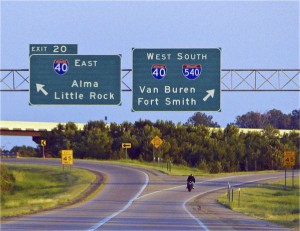 The Challenge of Team Decisions

Using team input is challenging, and it takes preparation and time. As the saying goes, “If you put three people together in a room, you’ll probably get four ideas”. People often see issues differently, and they all have different experiences, values, personalities, styles, and needs. Team decision-making should therefore be used when you want to get participation and achieve agreement.

When time is of the essence, a good decision is one that’s made quickly. That doesn’t usually happen with full team decision-making. And when one or two people have the necessary expertise to make the decision, it doesn’t make sense to involve the whole team, the leaders provide most of the input and make the final choice anyway.

However, where the situation is complex, consequences are significant, commitment and buy-in are important, and where team members can work together maturely, team decision-making is often best.

When your whole group needs to be involved in the process, you need to explore consensus decision making models. With these, each team member has the opportunity to provide input and opinions. All members discuss alternatives until they agree on a solution.

With consensus, there’s often compromise. Not everyone gets everything they want out of the final decision. However, because everyone has fair input, the decisions reached are often ones that all can live with.

A consensus decision depends on hearing everyone’s opinion. In a team situation, that doesn’t always happen naturally: assertive people can tend to get the most attention. Less assertive team members can often feel intimidated and don’t always speak up, particularly when their ideas are very different from the popular view.

The Stepladder Technique can help you manage these differences. Each team member thinks about the problem individually and, one at a time, introduces new ideas to the group leader – without knowing what ideas have already been discussed. After the first two people present their ideas, the leader adds a third person, who presents his or her ideas before hearing the previous input. This continues until the whole team has a chance to add their opinions.

The benefit of this process is that everyone feels heard and acknowledged. Once all of the ideas have been presented, the team can look at ways to narrow the options down, and make a decision.

Voting is a popular method for making decisions, and it’s a good approach to use where opinions are strongly divided between two or three options.

Proceeding through a number of rounds of voting, individuals are given a certain number of votes in each ballot, which they can allocate to the various options any way they want. Essentially, they provide a “weighting” to their choices. They can give one vote to each of several different choices, all of their votes to once choice, or any combination in between. After all the votes are placed, the choices with the highest number of votes are carried through to the next round, until a winner emerges.

This method allows more people to have input in the final decision. There may still be people who give the final choice no votes, but that number tends to be significantly reduced. This method is popular when time is an issue and full buy-in isn’t essential for success.

A similar situation is where you need to prioritize a set of options, where everyone has different views, and there’s no objective framework that people can use for decisions. (The classic situation in which this occurs is where people are allocating resources between competing projects.)

Here, Nominal Group Technique provides an effective framework for ranking priorities and choosing the option that best fits those priorities. First, the team discusses the problem, then team members narrow down the issues to the key choices they must evaluate. From there, participants each rank their top choices. The team totals the rankings for each alternative, and the options with the highest ranking emerge as the group’s priorities.

Sometimes, people with deep expertise that you need to draw on may dislike one-another so much that they have difficulties working together. In others, people may need to discuss issues which are real, but unpalatable or embarrassing. In still others, proposals may need to be developed and explored in tremendous detail, suiting individual scrutiny and analysis away from a meeting.

For these situations, managing the process in a way that allows anonymous and remote contributions can help you avoid destructive situations and reach a good, well-thought-through decision.

With the Delphi Method, a facilitator helps participants individually brainstorm solutions and submit their ideas “anonymously” – other team members don’t know who submitted which ideas. The facilitator collects and organizes the input, submits it to others for development, critique and refinement, then goes back and forth to all participants until everyone agrees to a final set of choices – and, eventually, a final decision.

Conducting these discussions is very time-consuming, and you need an experienced facilitator who can help individuals come together to find a solution. But the result is usually a robust final decision that has been fully explored, and is supported by each team member. The other advantage of the Delphi Method is its ability to eliminate groupthink.

In some situations, group cohesion and consensus can subconsciously become more important to people than reaching the right decision, with the result that the group may ignore anything that contradicts the new found consensus. If groupthink isn’t recognized and corrected, it can lead to very poor decision-making and severe negative consequences.

Quick Summary of the Key Points

Team decision-making is often time-consuming, meaning that it makes sense to prepare for it properly. Before you organize full team participation, make sure that it’s appropriate, and that you have the necessary time and resources for it.

However, teams can often commit more enthusiastically to decisions reached through consensus. Using a variety of techniques, you can achieve this in such a way that everyone has a chance to contribute to the final result.