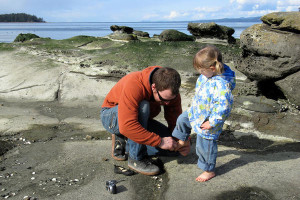 By this time next week Thanksgiving will have come and gone. And this Fatherhood Friday I am pausing to offer thanks to my Heavenly Father for my earthly father.

“Thank you God for a Dad who is both a Godly man and a good man.”

But I am also thankful for the many other fathers who have impacted my life. I am thankful for some young guys my age when I was a very young and inexperienced father. At that time I had the chance to observe young fathers like Rocky and Scott. These were two guys who were not much older than I was when we lived in Marietta, Georgia in the early 1980s. There were also some older and more mature guys like Bro. Searcy who not only took care of my car at his Firestone store, he also had patience with me and showed me what it was to be a Godly husband, father and business man. He probably never knew what an influence he had on my life. 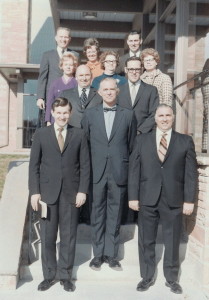 Later, when we moved back north to be near family, I had the opportunity to be mentored by some of the most incredible men that I have ever had the chance to know. I served on church boards with these men and watched them in the crucible of crisis and I saw dignity and grace. I knew that was the kind of man that I was striving to be. One man that I met there entered into a covenant and accountability relationship with me that still exists today – after more than 20 years.

Most have gone on to Glory and one has moved to Round Rock, TX and the other is in Florida. And I don’t see them very often. But those two and the other men played a very important role in my development as a husband, father and as a leader.

When we moved to Texas almost 15 years ago I was blessed to find some friends that have been instrumental in my continued development. A man named Mark and his wife Sue have shown kindness, grace, mercy and been a blessing like only a few have ever before.  They have encouraged us and they have made me a better husband, father and man.

So what is the point on Fatherhood Friday?

The point is that Fathering is not a solo sport. It is shown to be most effective in a community of Faith where we join together and bear one another’s burdens and encourage one another when we stumble. And we all have stumbled.

So, I encourage you today to go and seek out men who are demonstrating the kind of fathering skills that you want to emulate and make successful in your own family. What they are doing may not work exactly in your family like it does in his family. And it may be different than the way that you were raised.  But the point is that you are communicating with other fathers who are the kind of father that you want to be.  And that alone can make you a better father.

Go and find a man like that today and ask him if he will stand along-side of you!