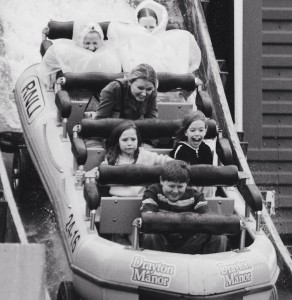 It seems that no matter what we do there is an element of fear involved. I guess first we need to define fear, fear as I know it is not being scared. I believe being scared is the emotion that causes people to freeze up or panic, and fear is something that can be overcome by courage and preparation. I am sure there will be several different definitions, but this is my post so you have to deal with my interpretations of the definitions. This is going to be a discussion about fear, the kind of fear that should push us, the fear of failure, the fear of disappointment, the fear of underachieving. 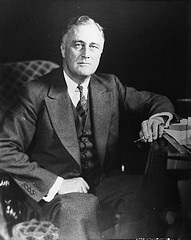 “The only thing we have to fear is fear itself.”

Franklin D. Roosevelt cautioned Americans with these words during the 1932 presidential election because he knew the power of fear to bring down an economy, to cripple a nation and to stifle the ingenuity needed to create better solutions in turbulent times.

The words leadership and fear seem to be in direct contradiction with one another, yet if we are honest and authentic, I believe most leaders would admit there is something that they fear. As a leader, it can be alluring to let fear dictate your decisions. NO RISK=NO FAILURE, and in the short term, that type of thinking might seem easier. However the nature of fear can be debilitating and often times can leave you stuck in the same place. 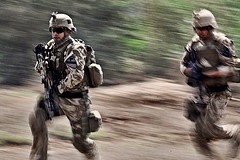 Let’s talk about how our fear as leaders can affect our team. Where I developed my team skills, we each had a specific role on the team, but were responsible for cross training all the other members in the “basics” of our job. What this created was not only cohesiveness, but some redundancy in case we ever lost a team member. So as I watched our team leader build his team, I discovered something unconsciously that I didn’t really understand until much later in life, he was surrounding himself with people that were better than he was. Now, what would your team look like if you put people on it that were less effective than you or were less experienced than you? Would you be doing this to make yourself look better? Would that make the team stronger?

Surrounding yourself with stronger people is what leaders should strive to do. We will have to remind ourselves that they are not a threat, there is no reason to fear your followers. As leaders we should want to lift others up. We want our followers to go further than we did, our ceiling should be there floor. I think a great leader should not fear competition, because the only competition is with yourself.

So mentors, leaders, we need to be able to move past our “FEARS” and encourage our teams to become all they can be, even if that means more than we are.

Categories: Leadership Traits, Military
Disclosure of Material Connection: Some of the links in the post above are “affiliate links.” This means if you click on the link and purchase the item, I will receive an affiliate commission. Regardless, I only recommend products or services I use personally and believe will add value to my readers. I am disclosing this in accordance with the Federal Trade Commission’s 16 CFR, Part 255: “Guides Concerning the Use of Endorsements and Testimonials in Advertising.”