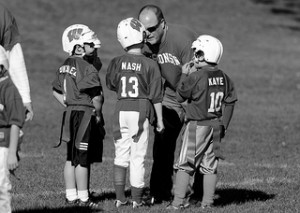 I often wonder what makes a good leader. I think back to some of the leaders I have experienced in my life and try to remember what they had in common. What I remember is, externally they were all different, there was a teacher, there was a coach, there was a boss, and there were a couple of commanding officers. However internally, or spiritually, I think they were very much alike.

I realized much later in life that someone would have to really want to teach or coach, and really love it, because there was no one getting rich from teaching or coaching on the local level. Secondly there was a boss at my first job, he really helped set the work ethic and began laying the ground work for how a leader should treat their team members, and was a great example of how to treat others. Lastly there were some officers in charge while I was in the military. These men taught me about a chain of command, and respect, and how important being a member of a team really was. 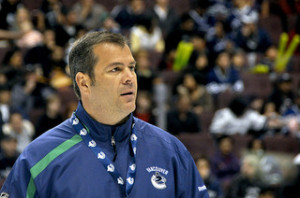 So what is the formula that makes these people great leaders? I think they all shared some similar spiritual traits, if you will. Consider these:

So I would like to discuss each of these things briefly to see the “make up” of a leader.

Good leaders also must be able to lead, understand what is required, continue to learn, communicate well, and be humble. A leader’s ability will be determined and based a lot on their want to do the things necessary to be a good leader. Their desire will direct their leadership. 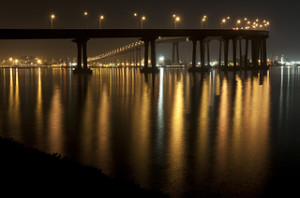 Most good leaders become leaders because they feel a need for leadership. Whether they have been promoted to a leader, or have started a family they have realized there is a need to “Stand Up” and lead.

Lastly there is some “Have to” in leadership, if you have chosen it, been promoted into it or volunteered for it. A leader will have to lead.

I am sure there are lots of thoughts on the make up of a leader, but these thoughts come from a speech I heard the day I got off the bus in southern San Diego, California, outside an area called Coronado. I spent the next 7 months, either wet, sandy, or both. Most of it tired, some of it learning, but a lot of it understanding how a qualified team, with a great leader could accomplish anything. I heard that successful leadership, like a successful life is one part want to, one part need to, one part have to and one part can do.

Categories: Fatherhood, On the Team Tuesday
Disclosure of Material Connection: Some of the links in the post above are “affiliate links.” This means if you click on the link and purchase the item, I will receive an affiliate commission. Regardless, I only recommend products or services I use personally and believe will add value to my readers. I am disclosing this in accordance with the Federal Trade Commission’s 16 CFR, Part 255: “Guides Concerning the Use of Endorsements and Testimonials in Advertising.”