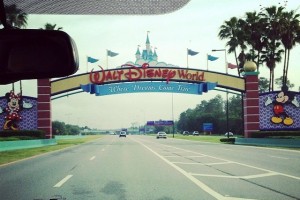 I am in Orlando, FL as I write this morning.  The kids are off at the playground and we are having a bit of a more calm day than the last few have been.  And I am looking for inspiration from our recent experiences.  And I found it at Disney’s Animal Kingdom in the live performance of Finding Nemo.

Just like in the animated movie, the little fish named Nemo gets caught by some divers and is taken to live in a dentist’s aquarium. To Nemo, being stuck in the tank is pretty trivial compared to not ever seeing his father again. (This theme is just about right for Fatherhood Friday, wouldn’t you say?) 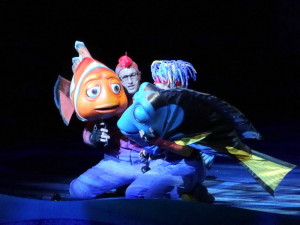 But little does Nemo know that his father is the kind of father who will go to any length to try and find his son so that he can bring him home again.  Up to this point his father has been timid and afraid to let his son go out into the world and experience life.  Tragedy has touched their family and it has scarred the father deeply.  But adversity has caused him to rise up and be willing to go through rough waters, sharks, jellyfish, and unknown territory to find his son.

So what is the point for Fatherhood Friday?

It is to consider one line from the movie that is a great reminder of the type of perseverance needed by fathers. Do you recall when Dory says to Marlin (the dad), “Do you know whatcha gotta do, when life gets you down? Just keep swimming, just keep swimming.” 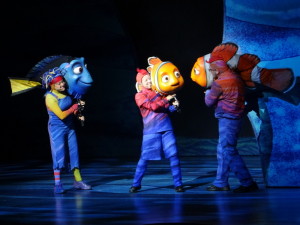 And even though these words come from a little cartoon fish, these words are a great reminder of what we should do when we are faced with adversity. When you find yourself in unknown territory of parenthood, fighting the battles of modern culture that seem to overcome our families, or when you feel as if you can’t get up and face another day, these words are words that symbolize what it means to truly persevere to the end. So wherever your circumstance may find you, “just keep swimming, just keep swimming” and keep on swimming to the end.

Nemo is finally reunited with his father, but it was because of consistent perseverance (and a little encouragement from Dory).  What kind of father are you?  Are you consistent in persevering when it comes to your children?