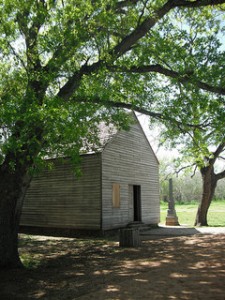 I wasn’t born in Texas.  But I got here as quickly as I could.  We moved to Texas during the summer of 1998.  And we have found Texas to be a great place to settle and raise our family.

My wife and I are nerds.  So, when we get a chance to get away for the week-end, where do we go?  We spend a day at Washington on the Brazos learning about history and how Texas declared its independence from Mexico.  See?  I told you we were nerds.  But in the midst of our nerdiness, I discovered an incredible leadership lesson.

If you don’t know the history of Texas, you would do well to familiarize yourself with the key points and timeline of Texas independence.  Following Mexican independence from Spain in 1821, the huge northern area that would one day be the 28th state of the United States of America.  But prior to statehood, Texas would experience a period of nationhood after it declared independence from Mexico.

Independence was declared in the town of Washington, Texas in an unfinished storefront that was made available to the 59 delegates to the convention.  The convention was meeting while General Antonio López de Santa Anna was beginning the siege of the mission in San Antonio.  The situation was desperate and Col. William Travis sent word of the situation to the delegates at the convention.  Many delegates considered their pleas and wanted to take up arms, close the convention, and come to the aid of those besieged at the Alamo.

So what is the leadership lesson in the midst of this history lesson? 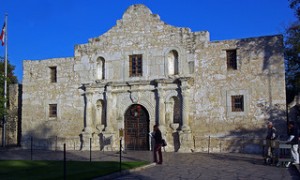 It is this.  Sometimes leaders need to overcome the desire to deal with an immediate need or concern and stay focused on the greater goal.

It must have been really hard for those 59 men to stay in Washington when the needs were so great and the situation was so desperate.  But they stayed and completed their task.  On March 2, 1836 independence was declared.  And on March 6, 1836 the Alamo fell and all those who tried to defend her were lost.  Only a few civilians survived to tell the tale.  And what a tale they told.  That tale inspired and, to some degree, inflamed the passions and patriotism of the new nation of Texas. 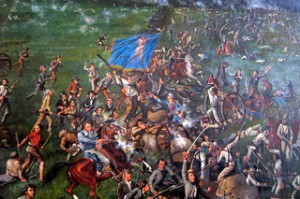 That passion and patriotism allowed the infant nation to survive the massacre by General Santa Anna at Goliad and emboldened the new nation’s army to chase Santa Anna down and meet him at the Battle of San Jacinto near present day Houston.  The Texan army under General Sam Houston overwhelmingly defeated a larger Mexican force under Santa Anna in a battle that lasted less than 20 minutes and secured Texas independence.  And what was the battle cry at the Battle of San Jacinto?  “Remember the Alamo!  Remember Goliad!”

What would have happened if those delegates had left their task of working out the details of a declaration of independence and a new constitution?  I guess we will never know.  Because those leaders took a long term view, Texas succeeded in gaining independence from Mexico.  And with that same spirit and determination they shortly began the process to seek annexation with the still very young United States of America.

Remember this.  It is often tempting to jump in and try to rescue a desperate situation.  As leaders, we need to keep focused on the big picture.