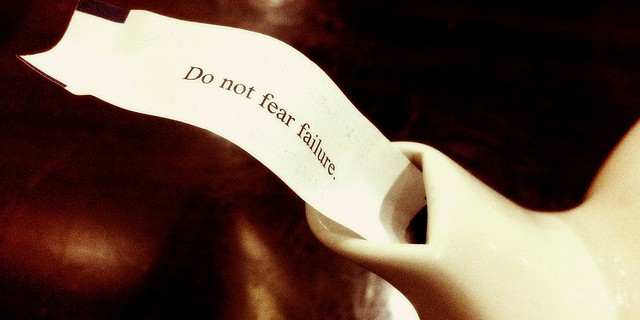 How many times have you heard that failure is just a stepping-stone to success?

The fact remains that most people are afraid to fail. We’ve been conditioned since childhood that it’s a bad thing. Failing a test in school didn’t exactly get us one step closer to an “A” now did it? Want to start up a new business? Don’t fail. Because if you do you will lose all your capital that you invested in the venture.

Failing at something doesn’t mean that you have no skills or abilities, or you don’t know how to do anything.

Consider this. Failure, after you strip out the emotions, is just feedback. And it’s from this feedback that we should extract the lessons, learn from them, and apply them to our leadership development. Here now are three things that I think we need to consider where failure is concerned.

The Key is Admitting Failure Early

Most of us involved in entrepreneurial or leadership roles find it hard to accept and admit failure. And what’s even harder than admitting that you have failed, is to admit it early. The longer it takes us to recognize the reality of the failure, the harder it will be to make course corrections to avoid future failures. A leader or an entrepreneur’s reaction to failure is truly a valuable skill to keep an organization moving forward.

Failures Can Be Shared Learning Experiences

When Alan Mulally first started as Ford’s CEO, he challenged the members of his team to give an assessment of their businesses units as a “green”, “yellow”, or “red”. They all showed up to a meeting of senior executives with “green” lights. This prompted Mulally to ask the members of his leadership team to come back again next week with a more realistic assessment.

Some held to their “green” light self-assessment. Some dared to indicate they might be “yellow.” However, one person was willing to admit their business unit may be “red.” This acknowledgement was met with a standing ovation from Mulally. Following Mulally’s response they all sat down and together, brainstormed to overcome that problem as a team.

What was Mulally doing? He wanted to create a new culture where people were not afraid of admitting that something may possibly be wrong and a culture where they were not afraid to admit it early. This was to ensure that the organization could have time to come together and have an impact on the probability of success.

Reward the Right Kind of Risk-Taking

Since people are afraid to fail, it stands to reason that people are also afraid to take risks. When your team is too scared to take risks, they will play it safe. And playing safe will not bring your organization growth. The wrong risks can be devastating and could go horribly wrong resulting in huge losses. But a well-planned and executed risk could also go brilliantly, leading your organization to see growth and like it has never seen before.

What is the leadership summary? 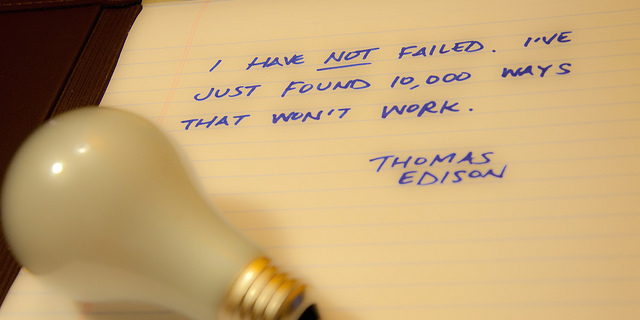 The brilliance of these three strategies is that they weed out early failures and they will let your organization learn together from that failure. Better yet, it will bring key feedback early enough in the process to make sure that the initial failure is not fatal to the organization.

Don’t be afraid of failing, and don’t be afraid of admitting it early. Thomas Edison has words for us today that line up with the key leadership principles here. He once said, “I have not failed. I’ve just found 10,000 ways that won’t work.”

Question: What about you? How are you dealing with failure? Or are just one of those rare breeds that never fails? You can leave a comment by clicking here.

Categories: Failure, Leadership Lessons, Leadership Skills
Disclosure of Material Connection: Some of the links in the post above are “affiliate links.” This means if you click on the link and purchase the item, I will receive an affiliate commission. Regardless, I only recommend products or services I use personally and believe will add value to my readers. I am disclosing this in accordance with the Federal Trade Commission’s 16 CFR, Part 255: “Guides Concerning the Use of Endorsements and Testimonials in Advertising.”