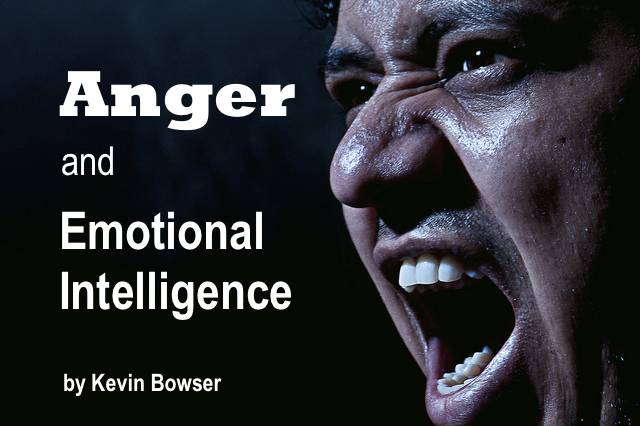 Can you be considered “Emotionally Intelligent” and still get angry? I had to consider that possibility following a conversation with a really dear friend yesterday. Up to that point my knee-jerk answer would have been “No.”

Now, I am not so sure about that.  In fact, I think you can be emotionally intelligent and still get angry.  Consider for a few moments the nature of “anger.”

Anger is a truly powerful emotion. It can be used either in productive ways or it can be used counter-productive ways. It is sort of like electricity. It can light, heat, or cool our homes. It can also electrocute you. In and of itself it is neither positive nor negative. It just is.

Here are few more things to consider about anger:

God created us with the emotional state we call “anger” to help us stay alive. Anger sends signals to all parts of our body to help us fight or flee. Anger energizes us to prepare us for action. Many years ago we were threatened by wild animals who wanted to eat us or an environment that was harsh or inhospitable. Now we more often feel threatened by other human beings, either psychologically or physically.

If indeed we are somewhat “energized” by anger, we would do well to ask ourselves the following question: How can I put this energy to the most productive use? As with the use of other forms of energy such as electricity or oil, we might want to use it efficiently, wisely, and not wastefully.

What is the Emotional Intelligence angle here?

The EI angle is to recognize that anger is actually a secondary or a response emotion. The primary emotion is what we feel immediately before we feel angry. We always feel something else first before we get angry. We just need to learn to recognize it.

We might first feel hurt, abandoned, lost, afraid, attacked, offended, disrespected, forced, trapped, or pressured. However, if any of these emotions or feelings are intense enough, we think of the emotion as anger. But anger is the response to the initial stimulus or incident.

The problem from an EI perspective is that secondary feelings do not always identify the unmet emotional need that has given rise to the feelings of anger. When all I can manage to say is “I am angry,” neither I nor any one else knows what would help me address the situation or help me to feel better. The EI approach, then, is to always identify the primary emotion.

In my friend’s case, he was angry in the wake of a potential loss. He had done everything right. He had followed the rules. He had exceeded everyone’s expectations and delivered an exemplary service and a true value for the money. However, someone with more power or influence than they earned or deserved exercised it in such a way as to bring potential harm and a negative financial impact to him and his company.

Analyzing this situation shows that preceding the anger there were other emotions. Those emotions included a sense of less, and to some degree, feeling disrespected and devalued as a business partner. This analysis clearly demonstrates that anger is the secondary emotion. And, truth be known, his anger was justified given the facts that were available at the time.

Having said all of that, the emotionally intelligent individual is able to probe their psyche and identify the events and the emotions that have triggered the anger. They then go on to address those events and primary emotions rather than the anger that is the natural response.

In conclusion, here are some questions to consider before responding in anger:

I hope this helps you in your pursuit of higher levels of emotional intelligence. We are here and available to help you if you are looking for resources or coaching in the area of Emotional Intelligence.

Category: Emotional Intelligence
Disclosure of Material Connection: Some of the links in the post above are “affiliate links.” This means if you click on the link and purchase the item, I will receive an affiliate commission. Regardless, I only recommend products or services I use personally and believe will add value to my readers. I am disclosing this in accordance with the Federal Trade Commission’s 16 CFR, Part 255: “Guides Concerning the Use of Endorsements and Testimonials in Advertising.”