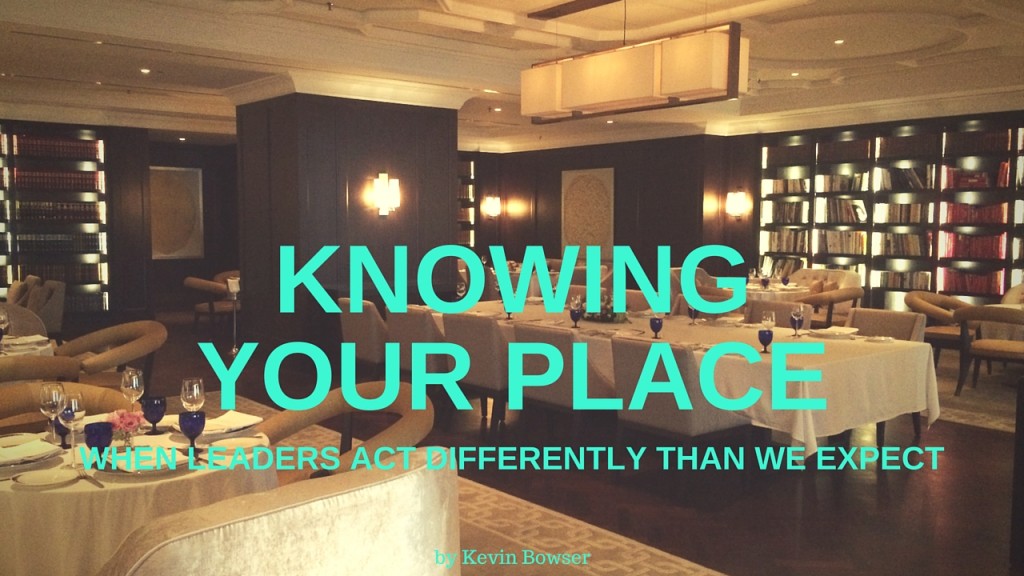 It was the last night of my stay at the very luxurious Ritz-Carlton in Kuala Lumpur, Malaysia. Apparently someone had alerted the General Manager that I would be leaving very early the following morning. So, he came to my dinner table in the dining room to introduce himself and to say “Thank you” for my extended stay It had been a 3 and a half week stay at his hotel. It was soon after our brief discussion ended that I saw an extraordinary example of true servant leadership.

A woman was struggling with a large balloon bouquet and a suitcase. In addition to the most senior person in the hotel, there were several other general staff in the very near vicinity. They probably saw her as well. And then he did it.

Knowing his place in the hierarchy, he was at the pinnacle, he graciously walked over to her and picked up her bag and carried it to bell captain while she completed her check out routine.

That is what he did. He carried the bag himself. I watched it all happen. At least twice he could have snapped his finger and had one of the junior hospitality staff take the bag. He could have very subtly caught the eye of one of them and asked them to do the menial task of carrying the bag. And he would have been right to do so.

After all, he was the most senior person and outranked everyone else on the staff. His place was at the top. I wonder if he started his hotel career as a bellboy. I wonder if he ever thinks of those early days.

What about you? What is your place? Do you know it? Are you in a place where you think that you are above certain tasks? If so, be careful. You just might lose your place to someone who is still willing to carry a bag.

Be careful, You just might lose your place of leadership to someone who is still willing to carry a bag.Kevin Bowser

Categories: Leadership Lessons, Leadership Traits, Servant Leadership
Disclosure of Material Connection: Some of the links in the post above are “affiliate links.” This means if you click on the link and purchase the item, I will receive an affiliate commission. Regardless, I only recommend products or services I use personally and believe will add value to my readers. I am disclosing this in accordance with the Federal Trade Commission’s 16 CFR, Part 255: “Guides Concerning the Use of Endorsements and Testimonials in Advertising.”