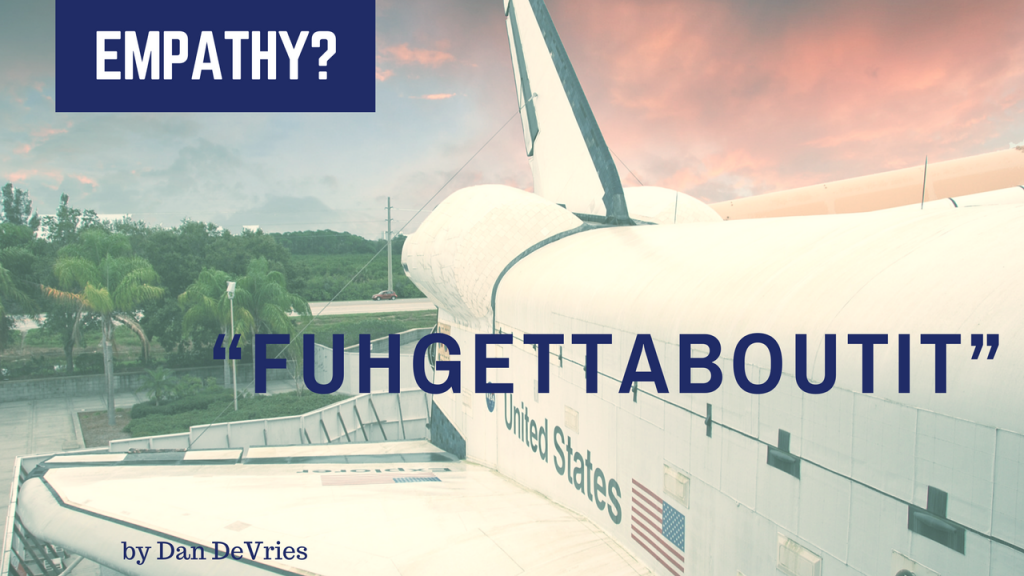 I have been spending a lot of time at work recently helping to implement a project that is dividing those that will be affected by it. Some are very excited about the opportunities that the project will provide, and others are concerned about negative impacts that they fear it will bring. The resistance has gotten political, and the war of words has permeated both conventional media and social media. Although I do not interact directly with those in opposition, I find myself wanting to reach out to them to correct a lot of the misinformation on which they are basing their statements and to chastise them for being so ugly in their choice of words, especially on Facebook and in website comments.

Since positions on this project are so sharply divided, it is obvious that, regardless of the outcome, one side or the other is going to be disappointed, bitter, angry, and even scared. I’ve had the chance to watch the project’s leaders reach out to those who are so critical of them. Those leaders have resisted the temptation to criticize and stifle discussion. Rather they have indicated a willingness to listen and to hear the background and justification for the fears. They have acknowledged that some of the concerns are, in fact, legitimate for some, and have offered ways to mitigate those impacts. In short, they have shown Empathy.

An Obvious Lack of Empathy from History

Now, Empathy does nothing to change the situation itself. The “facts of the case” remain the same. However, Empathy does speak to the heart of the individual. Being understood and having your feelings legitimized has a softening effect and even a healing component. It can be the difference between just experiencing disappointment as opposed to feeling steamrolled…discomfort instead of pain.

Empathy in Leadership is a subject that has been addressed a number of times here at Leadership Voices, especially in the context of “emotionally intelligent leaders”. But one of the clearest examples that I have seen (albeit a strikingly negative one) came about 6 years ago when NASA closed down its Space Shuttle program, and a decision regarding what would be done with the shuttles themselves was being made. It was decided that each of the remaining aircraft would be put on display at various museums or other suitable venues around the country.

Twenty-one museums and science centers submitted proposals to NASA. Many had well-conceived plans of how they would display the majestic craft and legitimate claims as to why they deserved the opportunity to do so. But for most observers, it seemed obvious that one of the retired fleet would certainly end up in Houston, Texas, home to the astronauts that flew them as well as to Mission Control and many thousands of employees and contractors at the Johnson Space Center that helped make the Shuttle program possible and successful. So you can imagine the shock and disappointment in Houston when the “Enterprise” shuttle assumed to be coming there was awarded rather to New York’s Intrepid Sea, Air, and Space Museum.

A number of Houston representatives initiated efforts to overturn the decision, including proposed legislation in the U.S. Congress to bring the New York-bound shuttle to Houston instead. New York Senator Chuck Schumer was asked to comment on Houston’s efforts to strip New York of the award. Schumer very graciously responded,

“I certainly understand the disappointment that Houston must feel. Nobody can deny the significant contribution that they have made to the Space Program. However, we continue to feel that New York provides an ideal venue to allow many more people from around the world to witness space history up close. And we vow to display the Enterprise in a way that pays tribute to all of the professional men and women, including those in Houston, that were such an integral part of NASA’s successes.”

NO, WAIT! That’s not right. What Senator Schumer actually said was,

“Let me say to Houston what we say in Brooklyn, “’fuhgettaboutit”. They are not getting the shuttle…Houston… They want it, but we have it. We’re fighting for it, and we’re going to keep it.”

Nice. The senator from New York and a leader in his political party had an opportunity to diffuse a situation and to put out an olive branch to a worthy group of individuals. It wouldn’t have conceded anything in New York’s effort to retain the rights to the shuttle, but it would have shown a respect and understanding worthy of a true leader. But instead, Mr. Schumer chose to be provocative and derogatory. In fact, he went on to make further comments disparaging Houston as a tourist destination. Many say that he gave a verbal representation of a certain 1-finger salute.

What Can We Learn Here?

What a missed opportunity! As leaders, how often do we use the opportunity in the course of our actions and decisions to take into account and acknowledge the perspective of those whom our actions and decisions impact? Or, do we just make a decision and move on? Do we justify our lack of attention to others by telling ourselves that leaders can’t expect to be popular with everybody? Well, empathy does not stem from a desire to be popular, but rather it comes out of respect and concern. Those that we manage and lead, those that we impact, those that have dissenting views are of no less value that those who like us or agree with us.

Even as leaders, or especially as leaders, we know what it’s like to have our feelings, opinions, ideas and concerns taken into account, if not followed. We need to constantly strive to do the same to others.

Do we take into account the perspective of those whom our actions and decisions impact?Dan DeVries

Categories: Emotional Intelligence, Recognized Leaders
Disclosure of Material Connection: Some of the links in the post above are “affiliate links.” This means if you click on the link and purchase the item, I will receive an affiliate commission. Regardless, I only recommend products or services I use personally and believe will add value to my readers. I am disclosing this in accordance with the Federal Trade Commission’s 16 CFR, Part 255: “Guides Concerning the Use of Endorsements and Testimonials in Advertising.”