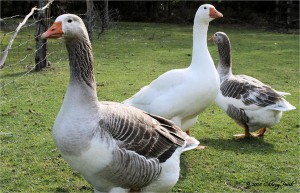 Simply, the “goosey – gander rule” is based on a sense of what is good for one party in a relationship, is good for the other party. In court, the idea is that if a ruling is made one way for a party, when a similar issue arises for the other party, the court’s ruling should be the same. Examples include interpretation of the rules of evidence or the amount of leeway an attorney is given to examine an uncooperative witness. The “surprise” the second attorney feels with an inconsistent ruling is avoided by the application of the “goosey – gander rule”. In court, surprises like this relate to appeals, and avoiding appeals on such matters is a good thing.

Does the “goosey – gander rule” apply at work? We all know that bosses hate surprises and that we work very hard to avoid them (no surprises management (NSM) is a term long associated with the idea that the best way to succeed is not to surprise your boss). What are bosses doing to keep workers informed so that the workers are not surprised? Shouldn’t the “goosey – gander rule” apply at work? 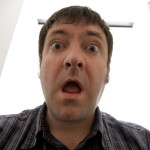 James Heskett, from Harvard, suggests that NSM should be applied downward. He has some data that suggests that significant improvements in performance can be associated with leadership that produces no surprises for those lower in the organization. He suggests that NSM applied downward can improve trust of management, increase attention to deliverables and to work tasks by workers, lower turnover and increase profits. To me, NSM is a form of alignment on goals and objectives of an organization and upon the tasks needed to achieve the same.

As leaders, James poses the challenge of understanding what NSM means to your team. What do you think? Is a worker entitled the “goosey – gander rule” applied at work? Is management by surprise a useful tool?