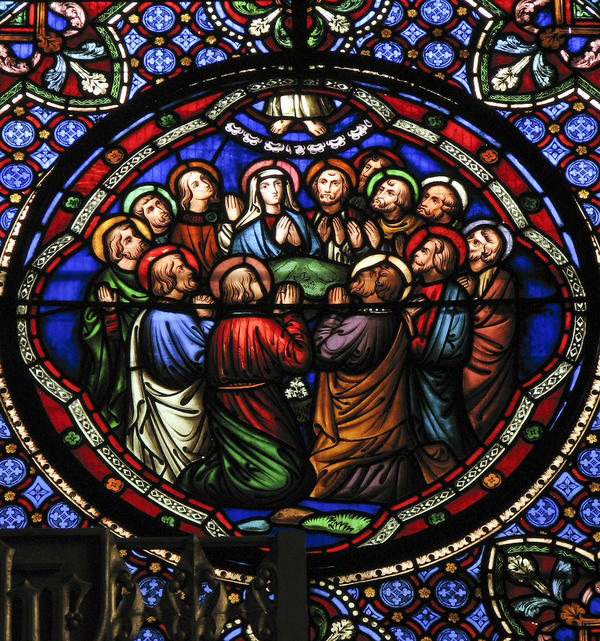 Christ selected 12 men from among his early followers to become his closest confidants and, dare we say, His friends. After an intensive discipleship course (Basic Training) and following his resurrection from the dead, the Lord fully commissioned the apostles to advance God’s Kingdom and carry the Gospel message to the world.

These men became the pioneering leaders of the New Testament Church. But they were not without faults and shortcomings. Interestingly, not one of the chosen 12 disciples was a scholar or rabbi. They had no extraordinary skills. Neither religious, nor secular, nor skilled, they were ordinary people, just like you and me.

Let’s take a few paragraphs and look at their personalities and discuss where they fit on the “Team”, and what their role was on that team.

Theological lessons tell us that Peter was maybe the favorite. So was he the 1st Lieutenant? We learn a lot about him when we start comparing all of his actions in the Gospels. One minute he is walking on water, the next minute sinking in his doubts. Maybe he is best known for caving when the pressure was on and denying Christ at the eleventh hour. We know he was the loudest and most outspoken, even at the time of his crucifixion he requested he be upside down as he was not worthy to die in the same manner as his Savior.

James the son of Zebedee, probably another Lieutenant, often called James the Greater to distinguish him from the other apostle named James, was a member of Jesus Christ’s inner circle, which included his brother, the Apostle John, and Peter. Not only did James and John earn a special nickname from the Lord—“sons of thunder”—they were privileged to be at the front and center of three supernatural events in the life of Christ. In addition to these honors, James was the first of the twelve to be martyred for his faith in A.D. 44.

I would say the last Lieutenant or member of Christ’s inner circle, was John, the brother of James and another “son of thunder”, very impetuous and larger than life. John’s enormous impact on the early Christian church makes him a fascinating character study. His writings reveal contrasting traits. For instance, on the first Easter morning, with his typical zeal and enthusiasm, John raced Peter to the tomb after Mary Magdalene reported that it was now empty. Although John won the race and bragged about this achievement in his Gospel, he humbly allowed Peter to enter the tomb first.

I feel as though we need to fit Andrew in here somewhere. After all he did lead Peter to Christ, but why would he abandon John the Baptist? I think Andrew new the right path, or the mission so to speak. So maybe he is the operational genius. Every team needs a good “ops” guy and Andrew was one of the first to drop his nets on shore and become “a fisher of men”.

Philip the Apostle was one of the earliest followers of Jesus Christ. Some scholars speculate that Philip was first a disciple of John the Baptist, because he lived in the region where John preached. Like Peter and Peter’s brother Andrew, Philip was a Galilean, from the village of Bethsaida. It’s probable they knew one another and were friends. It sounds like Philip was a follower and probably a great soldier, but I doubt held any significant rank.

Okay right wrong or indifferent you have to admit this is taking the shape of a pretty formidable team. It is a team on which I would like to serve.

Where do you fit? What would your role have been on Jesus’s team?