I recently spent an afternoon with some other former, retired military men, and we went to see the Lone Survivor movie. I guess it never occurred to me before the sacrifice made by Lt. Michael Murphy. If you haven’t seen the movie yet, I won’t spoil it for you, but in a nutshell, he made the ultimate sacrifice for the rest of his team. Couldn’t he have commanded another to do what he wanted? Surely he wasn’t the only member of the team capable of making that call. It occurs to me that maybe sacrifice is the most important piece of leadership. I am sure we have heard this before, but I think it bears repeating.

We have all heard and read great pieces by our members about servant leadership, and covenant leadership, leading by example and I am sure sacrificial leadership as well, so if I repeat anything in these ramblings I apologize up front.

I started doing some research on this topic, during the football games, and here are some of the things I discovered. 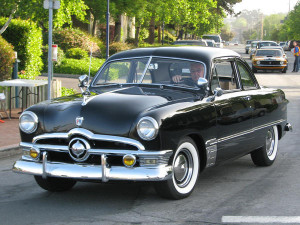 The 1950s were an amazing time of economic prosperity. This was facilitated by a number of factors. The interstate system was built during this decade which opened the door for easier transport of goods and allowed ease of travel for the average person. These things created jobs and the country flourished. What isn’t credited as much as I feel it should be is what happened during the decade leading up to the 1950s. There was an overwhelming sense of willingness to tolerate personal sacrifice for the greater good.

As I look around today and hear the different sound bites on the news, I can’t help but wonder “What in the world happened to our sense of greater good?”

As a country, we collectively want the economy to be strong, jobs to return and to feel a sense of financial security. We want spending controlled yet so very few are willing to step away from what is perceived as entitlements in order to help facilitate this sorely needed change. No blame casting, just calling things as they are.

Leadership requires sacrifice to accomplish a goal and greater good. There are times when we don’t get to have things rolling along the way we would prefer to see them, but it is occasionally necessary. We are willing to sacrifice the extra money now to invest in something that will have a greater return down the road. 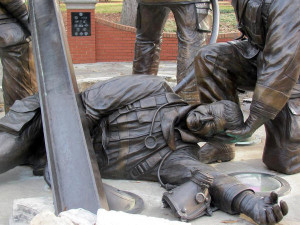 Simple sacrifices are a good start, are you willing to do without something in order to give someone else what they want? How do we change our “we want it now” society?

This type of leadership is so badly needed in our communities. Do we absolutely HAVE to have everything we gained in the 90s or even over the first 4 or 5 years of the 21st century? Asking people to trim back their lifestyles and endure some hardships for the sake of a better future is never easy. The unfortunate reality is easy and necessary don’t always share the same space and it’s time to be responsible enough to understand and accept that.

I will admit, I spoil my kids, and I spoil my grandkids even more. I accept that I need to change as well, but sacrifice is hard, and guess what, so is leadership.

Categories: Inspiration, On the Team Tuesday, Servant Leadership
Disclosure of Material Connection: Some of the links in the post above are “affiliate links.” This means if you click on the link and purchase the item, I will receive an affiliate commission. Regardless, I only recommend products or services I use personally and believe will add value to my readers. I am disclosing this in accordance with the Federal Trade Commission’s 16 CFR, Part 255: “Guides Concerning the Use of Endorsements and Testimonials in Advertising.”