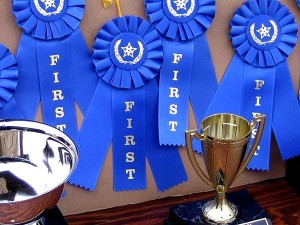 It may be obvious to most people that a leader’s performance is directly proportionate to their teams success or lack thereof. But it occurs to me that there are teams that have succeeded in spite of their leader and surely there are teams that have failed even with quality leadership. So I set out to discover if there are any connections or similarities that we could find, to determine just how much of a team’s success or failure is because of the leader.

It occurs to me that a leaders specific role may change slightly depending on the team or the goal of the team, but surely there are things a leader does or doesn’t do that helps or hurts a team. These are some of the things I found:

Aggressor: I think this happens when a team leader is directly compensated for his team’s performance. He or she has the ability to block the introduction of new ideas and concepts by minimizing and deflating the status of other team members and creating a sense of intimidation. If this behavior and role is not checked it will tend to decrease the team’s overall motivation and subsequent member involvement.

Dominator: “I’m in charge and don’t forget it” The dominator displays threatening and bullying behavior within the team setting. This individual uses intimidating and minimizing behavior in an attempt to take over the team and control all discussions. The dominator will typically “hijack” the team by coercing it to pursue his or her personal agenda. 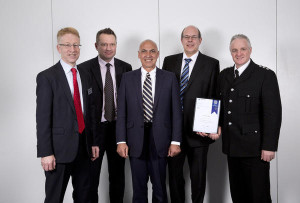 Recognition Seeker: This person has usually been put in charge by someone not on the team. The recognition seeker looks for personal attention and in so doing monopolizes the discussion by continually asserting his or her personal ideas, suggestions and viewpoints. The recognition seeker is also attempting to win the team over to his or her ideas and opinions. Unfortunately, this behavior minimizes other individual team members input, which hampers overall team participation, involvement and motivation.

Ok we have looked at a couple negative roles a team leader might have, now let’s look at some positive roles.

Monitor: Don’t micromanage. Avoid close supervision; do not over boss; do not dictate. Help keep the team focused and on track. Communicate team status, task accomplishment, and direction. Intervene when necessary to aid the group in resolving issues.

Developer: Bring out the best in your people. Help team members to develop so that all of them could effectively participate on the team. Lead by setting a good example. Train, coach and provide effective feedback.

Sharer: Start with yourself – share your own individual results with the group. Shared responsibility is better achieved if the pay and reward system has a significant element that is dependent on the overall outcome. Keep the team informed how individual members are performing – it is important if Individuals’ rewards depended on the performance of the group as a whole.

Communicator: There should be no ambiguity about your intentions and your expectations for performance, progress reporting and ultimately, achievement. Remember to link yourself as ultimately responsible for the outcomes of the team and to let them understand your role to both coach and support the team and individual efforts.

Lastly I wanted to make sure we touched on the subject of praise and reward. Recently I discovered I admonish and reprimand more than I encourage and build up. So we have to make sure we praise, celebrate and reward any and all milestone achievements and continually offer positive reinforcement.

What are your thoughts?

Categories: Leadership Styles, Leadership Traits, On the Team Tuesday
Disclosure of Material Connection: Some of the links in the post above are “affiliate links.” This means if you click on the link and purchase the item, I will receive an affiliate commission. Regardless, I only recommend products or services I use personally and believe will add value to my readers. I am disclosing this in accordance with the Federal Trade Commission’s 16 CFR, Part 255: “Guides Concerning the Use of Endorsements and Testimonials in Advertising.”