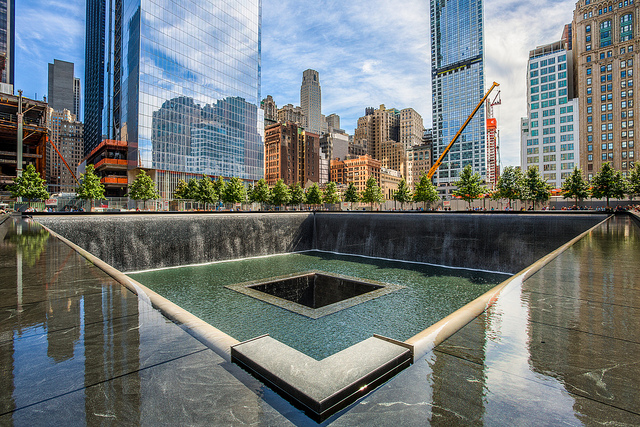 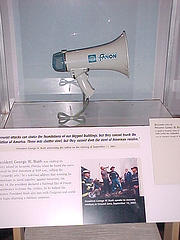 What is the leadership lesson? Step up during a crisis to survey the scene and be there for your people.

Good Leaders are Composed in a Crisis — Giuliani writes: “Leaders have to control their emotions under pressure. Much of your ability to get people to do what they have to do is going to depend on what they perceive when they look at you and listen to you.”

During a crisis, no matter how difficult things may seem, you must maintain your poise under pressure. People will be looking to your face as well as tuning into the tone of your voice to determine whether they should panic or whether they should remain calm; to give in or maintain hope.  Coach Mike Krzyzewski reminds us in his book Leading with the Heart, “A leader must show the face his team needs to see.”

What is the leadership lesson? Be sure to show your people that you are calm and in control because your calm demeanor will go a long way toward helping your people think clearly and react appropriately during the crisis.

Good Leaders are Vocal in a Crisis — Giuliani writes, “I had to communicate with the public, to do whatever I could to calm people down and contribute to an orderly and safe evacuation”

This is a natural follow-on to being calm in a crisis.  In addition to being visible and composed, leaders must step up there efforts to calm people down and communicate with them.

What is the leadership lesson? You must speak out and try to mold what people are thinking and feeling at the time. You must reassure them and give them a simple yet specific plan that will get people through the crisis. 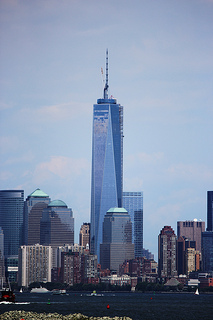 Good Leaders are Resilient in a Crisis — Giuliani writes: “I am an optimist by nature. I think things will get better, that the good people of America and New York City will overcome any challenge thrown our way. So in the face of this overwhelming disaster, standing amid sixteen acres of smoldering ruins, I felt a mixture of disbelief and confidence… that Americans would rise to this challenge.”

As difficult as the crisis can seem, remind people that there is hope.  When leaders lose hope, the battle is nearly always over.  You must demonstrate that getting back up after being knocked down is just what you do in these situations.  They need to see that getting back up is normal.  They need to see that you have been knocked down, but that you didn’t stay down.

What is the leadership lesson? Give your people a sense of hope. Let them know that together we can and we will make it through the crisis.

My hope for each of you is that as you read this, you will pause and say a short prayer for the men and women who were heroes that day in New York City, Shanksville, PA and at the Pentagon.  Also, my prayer is that our Nation will be stronger having lived through the tragic events of September 11, 2001.

Categories: Inspiration, Leadership Styles, Leadership Traits, Quote, Tragedy
Disclosure of Material Connection: Some of the links in the post above are “affiliate links.” This means if you click on the link and purchase the item, I will receive an affiliate commission. Regardless, I only recommend products or services I use personally and believe will add value to my readers. I am disclosing this in accordance with the Federal Trade Commission’s 16 CFR, Part 255: “Guides Concerning the Use of Endorsements and Testimonials in Advertising.”