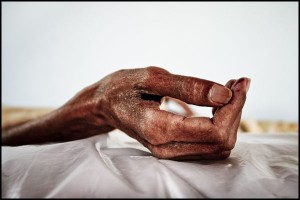 The story of Naaman has an interesting leadership lesson for us today. Naaman was the commander-in-chief of the ancient Syrian army. He was a man with both position and power. By all earthly standards, Naaman was a recognized leader: he had worldly abilities, fame, respect and authority.

However, Naaman had a really big problem. He had leprosy. In that day and time, leprosy was an awful incurable disease. It required total isolation from everyone for fear of spreading the dreaded disease. And it is really hard to be a leader when you have to be isolated from everyone that you are leading.

Can you just imagine for a few minutes END_OF_DOCUMENT_TOKEN_TO_BE_REPLACED