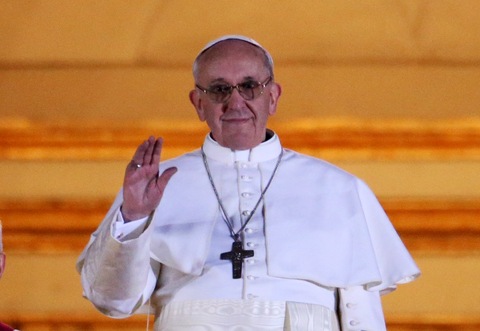 I do not pretend to understand the ins and outs of the Catholic church.  But I can recognize leadership when I see it.  We have touched on this before.  But one of the traits of a good leader is that they are humble and comfortable in their own skin.

It is very early in the papacy of Pope Francis.  But consider one of his first actions as Pope once the immediate pomp and ceremony was over. He rode the bus with his former fellow Cardinals back to the hotel.  He packed his own luggage and paid his own bill.  Could he have dispatched someone from the vast Vatican staff to handle that task?  Of course he could.  Would he have been well within his rights and within the bounds of acceptable behavior to have dispatched someone?  Of course he would.  Does he set an example of humble leadership?  I think he does.

I am not Catholic, but if this Pope leads in the days to come as he has in his early days, he may help the Catholic church recover from some dark days in recent years.