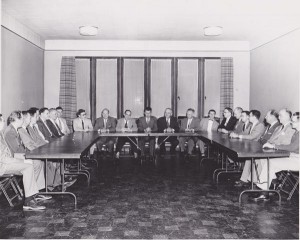 I promised a follow-up to my article last week. I was hoping for a little more input from you as fellow leaders before I provided this follow-up piece. But, this issue is once again very relevant to me and some folks that I know.

Many years ago (late 80s and early 90s) I experienced the phenomena of having to deal with “leaders” who were not the elected leaders of an organization. I call them “de facto” leaders. Although they were not elected or officially recognized, they were in fact significant leaders in their own right. And they actually wielded significant power.

The problem was that I didn’t know how to handle or really even recognize this kind of leadership. It was leadership based solely on the individual’s strong personality and influence on the rest of the organization. (Do you recall how John Maxwell defines “Leadership”?) And although he didn’t represent a majority, he represented enough and they were “verbal” enough such that they had to be reckoned with.

So, what did I do with a guy who was content to be the voice of the contrary instead of the voice of the constructive? I invited him into the official leadership of the organization and appointed him to be a part of the governing body. Now, he had ownership of the decisions. He could no longer stand back and take shots at the other leaders because now he was one of them. It was a transformational moment for the team and for the organization.  And it forged a tremendous bond between the former outsider and me.

Consider: This is not only a solution for dealing with unelected leaders. But it is also a model for dealing with those who are just being contrary. Many times these situations can cause you to feel like you are being bullied. Think of this as a “bonus” tip for your leadership development.

Category: Influence
Disclosure of Material Connection: Some of the links in the post above are “affiliate links.” This means if you click on the link and purchase the item, I will receive an affiliate commission. Regardless, I only recommend products or services I use personally and believe will add value to my readers. I am disclosing this in accordance with the Federal Trade Commission’s 16 CFR, Part 255: “Guides Concerning the Use of Endorsements and Testimonials in Advertising.”