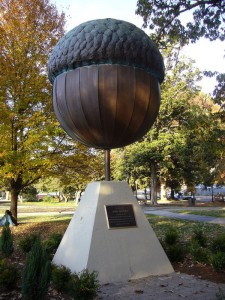 I may have mentioned a time or two before that I love great quotes.  The more obscure and pithier, the better.  And if I can find a Latin quote, well, that is the best!

I think I have established a new high water mark for obscure quoted today when I present this one for your consideration:

The phrase is Latin and it is the motto of what was once a proud and noble institution but has become an ill-performing secondary school in England.  In fact, the school is in the lowest 20% quintile amongst similar schools nationally. In 2012, 40% of pupils attained five General Certificate of Secondary Education grade A* to C in English and mathematics.  Following an inspection in December 2012, the school was placed in “Special Measures” under the Education Act 2005 because it was failing to provide an acceptable standard of education and the persons responsible for leading, managing and governing the school were not demonstrating the capacity to secure the necessary improvements in the achievements of pupils, quality of teaching, standards of behavior, and managerial leadership. 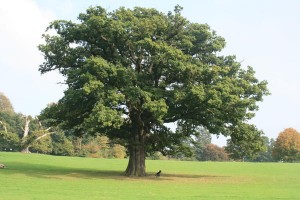 Oh, Have I neglected to give you the translation of the Latin phrase?  Have you “googled” it already and found it out for your self?  Here is the translation:

From acorn to oak.

Let me let that just sink in for a few minutes.  “From acorn to oak.”  What do you suppose that means for you and I today as fathers?

I could wax philosophically about the virtues and the responsibilities of fatherhood.   But I will not today.  Rather, I will leave you with one more quote to ponder.  It is from British comedian and talk show host, Clive Anderson:

Schoolchildren and older people like the idea of planting trees. For children, it’s interesting that an acorn will grow into an oak, and for older people it’s a legacy. And the act of planting a tree is not that difficult.

Fathers, you are planting and nurturing acorns everyday.  And you are leaving a legacy of one sort or another.  But, pouring a little water and shining a little light on your little acorn isn’t that hard.  You just have to pause and do it.  You have to make it a priority.  Otherwise, you end up with the unfortunate situation of the secondary school in England — performing at a very unfulfilling and even at a detrimental level.

Categories: Fatherhood Friday, Quote
Disclosure of Material Connection: Some of the links in the post above are “affiliate links.” This means if you click on the link and purchase the item, I will receive an affiliate commission. Regardless, I only recommend products or services I use personally and believe will add value to my readers. I am disclosing this in accordance with the Federal Trade Commission’s 16 CFR, Part 255: “Guides Concerning the Use of Endorsements and Testimonials in Advertising.”