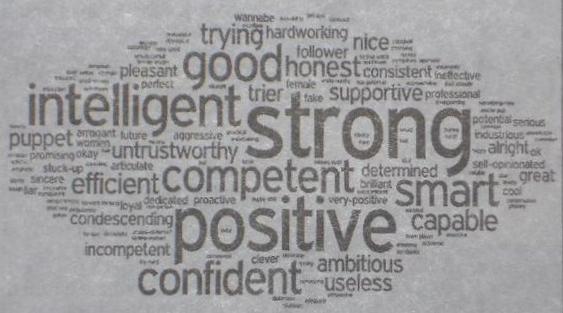 Whoever first claimed that leadership abhors a vacuum was certainly an insightful person. The glaring absence of direction and decision-making when there is no leader present is a situation that cries out for correction. Whether it is simply a circumstance where someone in the family must decide where they will go for dinner, or the critical moments in a championship game when an individual must step forward and rally the team from near defeat and onward to victory, leaders are needed everywhere. It is virtually impossible to identify a condition in life where some element of leadership is not needed. Because of this overwhelming cry for those who will help point the way, more often than not individuals who had no designs on a leadership role, find themselves serving in influential capacities, rife with demands and expectations; expectations they are little prepared to meet.

While I cannot claim any scientific basis for my findings, I have observed over the course of careers in both the military and ministry that there are a handful of common characteristics found in certain individuals who proved themselves successful in leadership roles and where these same traits are noticeably absent from the lives of those who struggled with the mantel of leadership. In a nutshell, these qualities are: Courage, Tenacity, and a Plan – these are the primary ingredients for any leader.

To be sure, Courage is a virtue among people that is valuable for a myriad of reasons. For an individual to step forward and offer themselves up to intense scrutiny of their thoughts and actions, particularly in a highly stressful and serious environment, requires a disregard for fear of criticism and complaint. It is precisely such intimidation that creates the situation wherein no one will name the place for dinner. An effective leader is the one who can risk making a decision because he or she has confidence in their own understanding of the situation and the factors that led them to make that choice. An overly cautious and timid person too often falls victim to the “paralysis of analysis” and no decision is ever made; therefore no action is ever taken – a consequence of failed leadership.

Not too long ago, I sat in a hospital waiting room among a group of men who found a common topic of discussion in criticism of both Congress and the President. Each man, in turn, critiqued and bad-mouthed our leaders in Washington for the state of the economy, wars in Iraq and Afghanistan, and concerns for healthcare insurance. Some were articulate, others downright vulgar, but the common trait I discerned among the group was that they were all brave enough to complain, but none had ever even bothered to write their Representative, let alone run for political office. Some admitted that they had not even voted in the last general election! It takes courage to be a leader and to make the tough decisions. 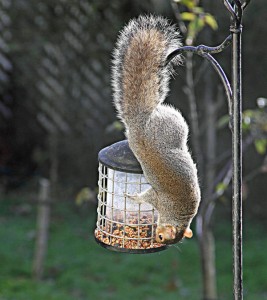 While courage is essential to leadership, it is certainly not without needed persistence. Many a brave soldier has set foot on the battlefield, marched out to meet the enemy, only to fold at the first sign of resistance and rushed back to the safety of their own defenses. In order to attain desired goals in life there must be an unwavering and dogged determination to reach the objective. I recall in my own military experience one particular colonel who developed a vision for a particular type of role and mission for his organization. It did not matter to this leader if you were the lowest enlisted soldier or the highest officer he could reach, Colonel “T” virtually assaulted you with his ideas. Eventually, there was no one in his circle of influence who could not clearly articulate the colonel’s vision because they had heard it so often and so intensely. Colonel “T’s” leadership Tenacity paid off as his thoughts came to fruition in a highly successful and notable combat unit. Combining courage and “stick-to-it-iveness” brought it about.

The aforementioned example implies more than simple bullheadedness though. The third essential ingredient to successful leadership can be seen here – a Plan. Just like that military unit, this same type of situation has become reality even in the creation of the Leadership Voices organization. Across a spectrum of several years some determined and passionate people who had a plan for passing along their own leadership experiences to others envisioned what this association has become. And it began with an intentional and courageous plan, without which, you would not be reading this article.

The quote of “If you fail to plan, you plan to fail” has been attributed to a number of individuals, including Benjamin Franklin and Winston Churchill. Regardless of who said it first, it is still a very true maxim. Setting out for a particular destination without a clear understanding of how you would get there is almost a certain guarantee that you will end up somewhere else. Foresight, strategic thinking, and corrective adjustments are all crucial parts to the process of planning which leads to successful ventures. Any leader who sets out without a plan has tacitly agreed to accept the blame for directing the endeavor toward ultimate failure.

Although the knowledge and skills of truly effective leaders are numerous, no one who has proven his or herself as capable of leading others has ever done so without the crucial traits of Courage, Tenacity, and a Plan. In our world that is so fast paced and complex the need for individuals to guide us successfully along the challenging courses we run will only grow more essential. To be found wanting of the key ingredients of leadership is unnecessary and avoidable. Allow yourself to take the first step toward leadership by courageously deciding that you will be ready when called upon. Then, unlike the men in the hospital waiting room, do more than criticize your surroundings, learn what needs done and doggedly set your plan in motion. You will find yourself among the valuable and few: the Leaders.

Categories: Leadership Traits, New Author
Disclosure of Material Connection: Some of the links in the post above are “affiliate links.” This means if you click on the link and purchase the item, I will receive an affiliate commission. Regardless, I only recommend products or services I use personally and believe will add value to my readers. I am disclosing this in accordance with the Federal Trade Commission’s 16 CFR, Part 255: “Guides Concerning the Use of Endorsements and Testimonials in Advertising.”