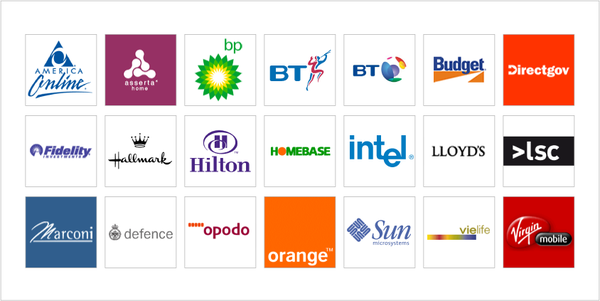 I recently received an email asking me to compare and pick the best logo for our organization.  I replied in a way that would have some on the team scratching or shaking their head.  Candidly, I have never been accused of being a team player.

Now before I get started.  Please understand…I know a lot of effort and painstaking thought and creativity went into making the logos.  I greatly value the person, talent, and hard work our leadership member donated to create multiple logos for us to choose from.  So please don’t take this post as a criticism of that work.  I just didn’t like the process in which was presented for us to choose the logo.  So I dissented and chose a logo without following the rules. Hopefully, this will help my team understand me as a member of the team.

As I was saying, I recently received an email asking me to compare and pick the best logo for our organization.  I confess I wasn’t being a team player.  But the process seemed too drawn out.  My inbox had already been filled with five emails with valid questions and concerns.  I didn’t have time for this.  Now with less time on my plate…I am hating the computer screen time even more.  So I was testy. Not being a visionary and having a very small attention span, I just replied with one answer.  I liked all the logos but one more than others.  So I picked it.  Ultimately that was the goal.  To me…it was simple.  Just pick one.

I had the unfortunate privilege of attending a kid’s soccer game many years ago.  The four- and five-year olds were in this small mob surrounding the ball…just kicking the ball into each other.  Yoga pant wearing, latte sipping, plastic enhanced mothers were screaming at the players-“Kick the ball.”  Fathers were off away on their cell phones.  The chorus of “kick the ball” filled the air as this mass of children bludgeoned the Nike ball between themselves all over the pitch…trying to please their soccer moms.

I had enough.  I yelled.  “Hey…someone kick the ball into the goal!”  It got quiet.  The goalies stopped picking their noses.  The mass of kids stopped and the relieved soccer ball leaked out of the mass.  A coach actually turned and looked at me stunned by my suggestion.  He began yelling for his team to kick the ball into the net.  Heck…you can’t win unless you kick the ball into the goal.  (I later found out that this was a POSITIVE, NO ONE LOSES, NO ONE KEEPS SCORE, EVERYONE IS SPECIAL SOCCER LEAGUE).  You know the group that settles for mediocrity.

Okay.  Leadership lesson.  Keep it simple.  Then simplify some more.  There will be team members who don’t want all the facts. There are those who don’t like the all the avenues to get from point A to B.   Or in this case, Logo A to Logo E.  Those team members will become distant and have that glazed over look on their face.  They will become ineffective in what they do.  They can become casualties of analysis paralysis.  A major reason why I left Corporate America.  Leaders will begin asking the question-Is that person all right?  Is there something wrong?  No.  Some of us don’t like the details.  Just give us the Executive Summary.  The Cliff Notes.  And make a decision.  When you need us to do something…just call us in.  We will get it done. I’m a hired gun.

As teams, we can get into our huddles, kick around ideas, and never kick the ball into the goal.  We never succeed.  We can pat ourselves on the back and say no one loses.  We met.  Sometimes we get mired in the process and lose sight of the goal, the mission. It’s times like this we need to keep it simple.  Then simplify some more.

By the way, I am not the one you ask to write a Mission Statement and you will never see a kid’s soccer game the same again.  I guarantee it.

Categories: Conflict, Is leadership . . ., Management, Teamwork
Disclosure of Material Connection: Some of the links in the post above are “affiliate links.” This means if you click on the link and purchase the item, I will receive an affiliate commission. Regardless, I only recommend products or services I use personally and believe will add value to my readers. I am disclosing this in accordance with the Federal Trade Commission’s 16 CFR, Part 255: “Guides Concerning the Use of Endorsements and Testimonials in Advertising.”