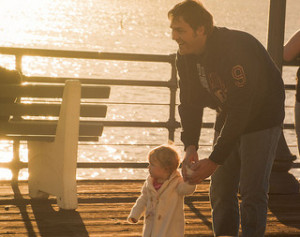 As fathers, we are the “go-to” guys of the family.  There is a lot that is expected of us. We are given enormous responsibility and we are going to ultimately be accountable for the actions that we take as husbands and fathers.

How does that last sentence make you feel? Are you at peace with that statement? Or are you scared witless by the repercussions of it? 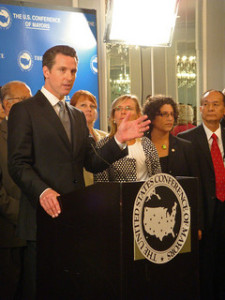 Fathers can be compared in some ways to a small town mayor or the owner of a small business. Think of the many roles that you are asked to fulfill. Have you counted the costs represented in each role?

You would probably not start a simple DIY project this week-end without sitting down and thinking about the steps needed to complete the project. You would roam around the garage and make sure you have the right tools and materials to complete it. You would plan a trip to the hardware store on your way home one night so that you can get a good start on Saturday morning. And you would do all of this just to replace the garbage disposer in the kitchen.

What if there were within each of us fathers a commitment to the same level of planning and preparation for the role of father? What if we planned to execute the role of father with integrity and maturity as though we were a project manager at work for the sake of our children?

Only a fool will try to do it all on his own. In prison solitary confinement is considered to be extreme punishment. Fathering in a solitary scenario is punishment – but it is our children who are punished.

Wouldn’t it be empowering for fathers if there were organizations, tools, principles and mentoring relationships in place so that a father could become the father that his children need him to be? Being successful in any venture is almost never a solo act. Nor is it perfectly executed every time.

Being a successful father begins with an honest self-assessment and an understanding of how we tend to be wired. To do a job, men need to know the team, responsibilities, rules, boundaries and the realistic expectations of the job. To be a successful father, the same is required.

The Bible says: Suppose one of you wants to build a tower. Won’t you first sit down and estimate the cost to see if you have enough money to complete it? Luke 14:28 – New International Version

The good news is – You can do it!  You can be a great father.

But you will need to work at it. Parenting does not come naturally. Being a biological father is not hard. Being a dad – a real father – is hard.  It is an act of love and commitment that will take some time and effort to become successful. And it will require that we step out of our personal comfort zone and that we sacrifice for sake of the children that we brought into this world.

What about you? Have you counted the cost? Are you taking steps to become a better father? Leadership Voices, LLC wants to stand with you and help you become the father that you need to be. Just reach out to us and we will put resources into your hands to help you. We will put you in touch with someone who is willing to partner with you to make you a better father. But you will need to take that first step.