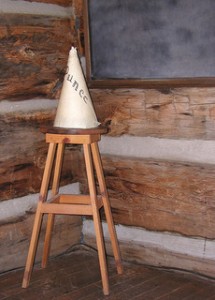 I don’t know very many folks who don’t know the cliché, “Ignorance is bliss.” But I am wondering today just how many know where where the phrase comes. It comes from a poem written in 1742 by Thomas Gray. The phrase is in the closing lines to his poem entitled, “Ode on a Distant Prospect of Eton College.” And the full sentence is:

There are many thoughts as to Gray’s purpose for ending his poem with such words. In those final lines he may be expressing thoughts on returning to his old school and there remembering the simplicity and innocence of his youth. It also appears that he is joining two worlds together in this line of the poem. He is joining a world that has not grown up yet with one that has. In a sense it is a world that shaped him into a man and perhaps, as with many, has beaten out those innocent aspirations of early life.

Statement number one is pretty bad. I am never comfortable in the state of lack of knowledge. In fact it scares me and motivates me to seek after knowledge and understanding. Statement number 2 is downright ridiculous. Happiness is not a state of intellectual ascent. Rather, happiness is a conscious decision to maintain a positive and joyous outlook on life regardless of the circumstances. 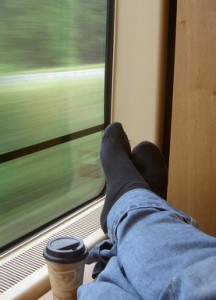 It is to be reminded of our responsibilities as leaders. Too many leaders are quite comfortable in their ignorance. They are comfortable because they are not fully engaged or aware of what is going on within the organization that they lead.

So, leaders, what are you doing today to actively seek feedback on your performance as a leader? What are you doing to develop your leadership skills? And don’t even think about telling me that leadership development “isn’t in the budget” while you stand their holding your $5 cup of Starbucks coffee!

Having said that, I would also hold those closest to the leader accountable for the leaders lack of knowledge. But what should we do if the other leaders who are surrounding and supporting the main leader are not doing their job and providing input and feedback? Let’s look at that question later in the week.

Categories: Accountability, Leadership Styles, Leadership Traits
Disclosure of Material Connection: Some of the links in the post above are “affiliate links.” This means if you click on the link and purchase the item, I will receive an affiliate commission. Regardless, I only recommend products or services I use personally and believe will add value to my readers. I am disclosing this in accordance with the Federal Trade Commission’s 16 CFR, Part 255: “Guides Concerning the Use of Endorsements and Testimonials in Advertising.”