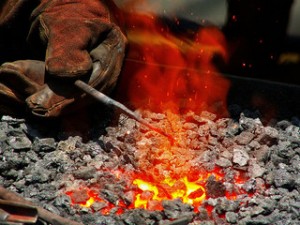 Just to make sure we all understand what I mean, let’s discuss this word that I am using — forging.

Forging is one of the oldest known metal working processes. Traditionally it is performed with a hammer and an anvil and the application of different levels of heat. A forge is a type of hearth used for the application of heat to metals. So I am speaking metaphorically about using a hammer, an anvil and heat to create a leader. Sound difficult?

Ok, so we aren’t really going to use a hammer anvil and forge to create a leader. But I bet if you asked some true leaders, they have felt the heat of the fire, and the pressure of the hammer. I once wrote an article here about why anyone would want to be a leader. I have to admit, it was a little tongue in cheek, but I was hoping it would drive some conversation. This is not that kind of article. This, reader, is about whether or not you are truly prepared for what it takes to be a leader? I have been asked this question in one form or another several times in my life and I want to discuss one of those occasions now. 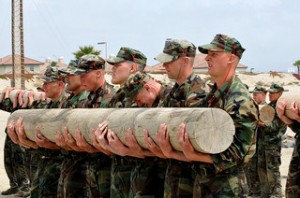 It was the spring of 1989 and I was on a bus with about eighteen other Naval recruits who had just stepped off a plane in San Diego, California. Now I am not sure how many of you have ever been to San Diego in the Spring, but it is beautiful. I had been a relatively successful high school football player and had just graduated with honors from Naval Recruit Training in Great Lakes, Illinois. So just know that, unlike today, I was in pretty good shape in 1989. I was also feeling pretty good about myself. Two weeks prior I had completed the indoctrination test to be accepted into BUD/S Class 220. For those of you that don’t know, this is the 36 to 40 week training that is the first step in becoming a Navy SEAL.

Surprisingly enough, I was one of the larger young men to step off that bus onto the parade grounds of Naval Training Center Coronado who were then herded like cattle onto a Navy bus and delivered to Naval Amphibious Base, Coronado. This is where I met Petty Officer First Class James W. Cox. Petty Officer Cox singled me out of the group and asked me, “Are you prepared for what it is going to take to be a SEAL?” I answered “Yes Petty Officer” and needless to say, I was not, and it hurt, a lot. I think today my answer would be a little different, maybe “No Petty Officer, but I can learn”, or “No, Petty Officer, but I won’t quit”, or maybe even, “No Petty Officer, but I will show up every single day, until I am”. 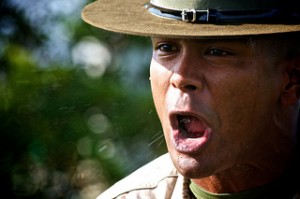 I tell you all of this to ask, “Are you prepared for what it will take to be a leader” Are you prepared to accept the consequences and responsibilities of leadership? When it comes full circle it is a beautiful thing, but the road is a hard one. Prepare yourself mentally and physically. Then make sure you have emotional and spiritual support because you will need it.

Petty Officer Cox saw something in me and he eventually made me see it. Is there something inside you? Are you willing to dig deep to find it?

We need leaders, but remember . . .  “The only easy day was yesterday.”

Ask me sometime, and I’ll tell you the rest of the story.

Categories: Leadership Lessons, Military, On the Team Tuesday
Disclosure of Material Connection: Some of the links in the post above are “affiliate links.” This means if you click on the link and purchase the item, I will receive an affiliate commission. Regardless, I only recommend products or services I use personally and believe will add value to my readers. I am disclosing this in accordance with the Federal Trade Commission’s 16 CFR, Part 255: “Guides Concerning the Use of Endorsements and Testimonials in Advertising.”