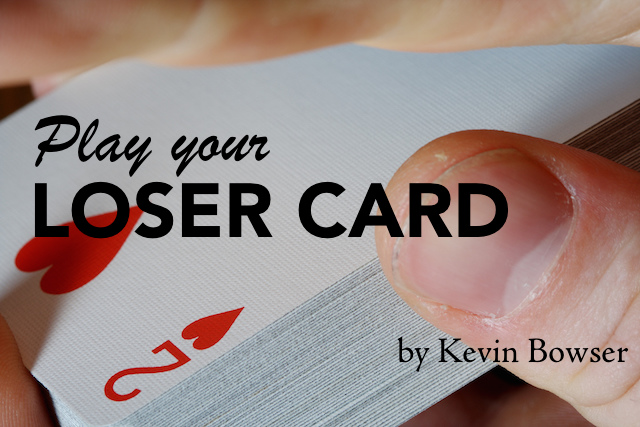 Such has been the case in my life. I have been blessed to have great influences in my life. This is especially true in my early adult years. Like most, those years coincided with my college career. It was there that I met Daren. And it was there that Daren taught me a great leadership lesson.

Here is the context of that leadership lesson. I never played card games growing up. So, I was at a substantial competitive disadvantage when it came to playing card games like Spades or Hearts.  Daren and his wife, Ruth taught Cathy and me to play those games. And I was not a quick learner. I tried really hard to play the right cards, or to bid the right number of tricks. But I struggled. This was probably much more frustrating for Daren than it was for me and I was pretty frustrated.

Often I would think and think and evaluate the many potential outcomes depending upon which card I played. Finally, in a moment of clarity and insight into the potential consequences of playing the wrong card, Daren provided this piece of card playing advice.

“Play your loser card. And if it walks the table, you can lay down the rest of the hand.”

Daren was trying to teach me that I should go ahead and play the card that I was most worried about. If someone beat it or trumped it, then it was a loser card anyway. But if I played that card, and it beat every other card that my partner and our opponents played, then I could just go ahead and lay down my hand because every other card I had was better than the one I just played. And it had just won that trick.

Sometimes we think, think, and then overthink the potential implications and outcomes of a decision that we must make. We get so paralyzed with fear that we delay the decision. Or at times, we refuse to make a decision for fear of what may happen.

As leaders, one of the things that we need to be able to evaluate quickly is what the potential outcomes may be, what is the long-term implication, and what is the likelihood that it could actually happen. In other words, “What is the worst thing that could happen?”

Is the worst thing that could happen really all that bad? Probably not. Our minds tend to exaggerate the negative implications as a life-preserving mechanism. That is not a bad thing. For instance, I don’t pour more lighter fluid on a charcoal BBQ that is not ready when I am for fear it will flare up and burn my hands, arms, and face. But the fear of something negative can keep us from making the decision that we need to make right now before it gets out of hand later.

How likely is it that it will actually happen? Very little that we worry about or fear ever comes to pass. But that doesn’t keep us from worrying about it does it?

Today, when you are faced with a decision. Make it. Take a reasonable amount of time to consider the alternatives and outcomes. But then make the decision. Play that loser card. And if it walks the table, then you know that you can just go ahead and lay the hand down. You will take the rest of the tricks. You will win that hand.

Categories: Mentoring, Young Leaders
Disclosure of Material Connection: Some of the links in the post above are “affiliate links.” This means if you click on the link and purchase the item, I will receive an affiliate commission. Regardless, I only recommend products or services I use personally and believe will add value to my readers. I am disclosing this in accordance with the Federal Trade Commission’s 16 CFR, Part 255: “Guides Concerning the Use of Endorsements and Testimonials in Advertising.”