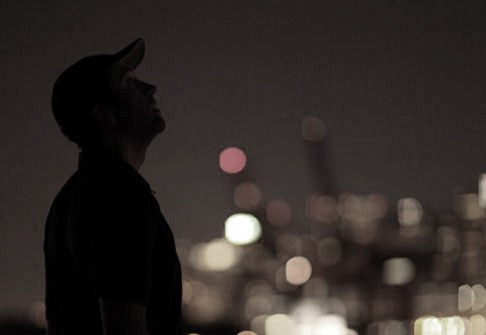 Don Munton is the Singles Minister at Houston’s First Baptist Church. He is a mentor-pastor-friend of mine. Don shares an amazing story with the young single men under his leadership about accountability. He would always preface the story by telling them that a man alone is a man in the danger zone. (Insert images of Maverick and Goose slicing through the skies in an F14.)
Don would tell the story of two men on a roof from two opposite sides of the Bible. In 2 Samuel, we are told the first man was a king. He should have been taking care of kingly duties, like waging a war from the front lines, but instead he was on his roof overlooking his kingdom. Lo and behold, he spots a beautiful woman bathing on her rooftop and he can’t control himself. (In today’s terms, he was browsing the web and stumbled onto a site he could not resist.) He orders the woman to his bed and takes her. (He takes an ad out on Craig’s List and she responds.) Because of this man’s lack of accountability and pride, a husband is murdered, a child dies, a scandal ensues, and a kingdom is almost forfeit.

Fast forward to Mark Chapter 2, we see a paralyzed man being carried by four men to Jesus to be healed. Unfortunately, the crowds around Jesus don’t allow the men to get to the front door. So they carry their paralyzed friend to the roof of the house and begin tearing open the roof to lower their friend to Jesus. (Imagine being in the house and bits and pieces of the ceiling begin falling on you and then a man is lowered on a cot down towards your honored guest.  You look up and think-Someone is paying for that.) Jesus heals the man. Now that man could not have gotten to Jesus without the help of his four friends. He could not have gotten on the roof without their aid.

Now look at the two men. One man was alone…a king…an island onto himself…somewhere he should not have been. And he failed. A momentary lapse in judgment. Where was his support group? Where were the men that would tell him that he needed to be at war and not at home alone on a rooftop?

The paralyzed man is helpless. He was not alone. No delusions of self-sufficiency. The man couldn’t care for himself without the help of others. He gets healed. But let’s look at the faith of his friends. The four men had to carry their buddy through the crowd. They probably had to carry him several blocks out of the way to get to Jesus, climb to a roof, traverse several rooftops, and then tear away a roof knowing Jesus would heal their friend. At any point, the crippled man may have said: “Stop! It’s too much trouble. I’m fine.” I have carried a grown man on a cot over three miles. It is not an easy task.  But the men persevered; they may have even encouraged each other. What an amazing story of friendship and accountability.

Now I don’t have to tell you all the ways men can get into trouble today. We have enough talking heads telling us how bad we men are. So I won’t laundry list you into submission and guilt. You know the list and the proclivities we as men are inclined towards.  So that is why it is so important to have life-minded men in your life to keep you accountable and tell you what you need to hear when you stray and encourage you when you stay true.

Do you have any friend who would carry you toward the Savior when you need Him the most?

Do you have a group of men who struggle and endure with you in your good and bad times?

Or would they allow you to be alone and handle it on your own? Could you be a friend like that to someone?

Find those men. Your life depends on it.

Categories: Accountability, Manday, Men
Disclosure of Material Connection: Some of the links in the post above are “affiliate links.” This means if you click on the link and purchase the item, I will receive an affiliate commission. Regardless, I only recommend products or services I use personally and believe will add value to my readers. I am disclosing this in accordance with the Federal Trade Commission’s 16 CFR, Part 255: “Guides Concerning the Use of Endorsements and Testimonials in Advertising.”