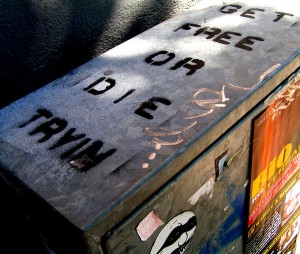 When NBA player Jason Collins made news last week by becoming the first player in a major men’s North American team sport to announce that he was gay, words of support from fellow professional athletes, coaches, etc. were almost immediately reported. Many of the comments were similar to one on Twitter from Nick Swisher of the Cleveland Indians Major League Baseball team which stated, “I will always support people for being who they are.” Now my comments here are not about Jason Collins, and I am NOT opening up a discussion about homosexuality, but rather about what seems to have become a very lauded trait…not only showing tolerance, but actively supporting someone’s actions or opinions…simply because they are honest.

In my opinion, a leader does not have the luxury of blindly accepting a person’s comments or position simply because that person is being “true to who they are”. After all, many individuals who behave in a manner that is lazy, mean, careless, or spoiled are probably being true to who they are too. And if that person’s actions are detrimental to others, a leader must resist the temptation to be politically correct, and they must expect (and sometimes enforce) appropriate behavior. And what of the racist or alcoholic, or dare I say it, the pedophile? Those attitudes and actions are not exhibited casually or accidentally, they come from that person’s core, but we wouldn’t celebrate those “honest” attributes, would we? Nor would we support a comedian who “honestly” thought it would be funny to yell “fire” in a crowded theater. And so as not to appear one-sided, what of the Christian employee who spends most of his work time witnessing to his coworkers and clients and very little time actually performing his job? Should his supervisor applaud that, or even ignore it, just because that worker is being who they are?

Back to Swisher… Would he “always support” a player trying out for his Cleveland Indians who was short, weak, lazy, and selfish? I would suspect that person’s performance in the batting cage would fail to inspire, regardless of the fact that it was an honest reflection of the person.

I have no issue with those supporting Jason Collins by indicating their admiration for the the courage that it took to make such an admission in a very difficult environment. That’s a valid opinion. But I find the concept that something is admirable simply because it is a true reflection of who that person is to be a cop out. Granted, I wouldn’t necessarily view Swisher as a leader in this case, but I have heard or read very similar comments from others who I would consider to be leaders, and I believe that if they think about the blanket statement that they made, they would find that they didn’t really mean it. Words have meaning…even if offered carelessly. Leaders must make sure their words mean what they mean for them to mean!
Photo credit: “Caveman Chuck” Coker / Foter.com / CC BY-ND
and
Photo credit: Bohman / Foter.com / CC BY