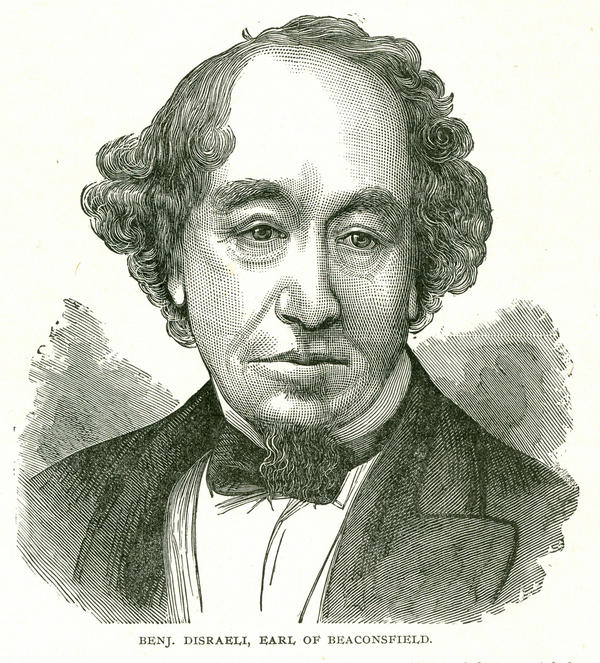 Such are the words of Benjamin Disraeli.  His actual and full quote is as follows:

For those who are unfamiliar, Benjamin Disraeli was one of the Prime Ministers of Great Britain.  Actually, he served as PM twice in his long career in British Parliament and politics.  He was a key figure in creating what became the modern Conservative Party.  There is much debate on his overall role in the pantheon of conservative thought.  But, he was quite the literary figure as well.

The quote above is from a political novel, Coningsby.  This novel set in the 1830s the life and career of Henry Coningsby, an orphan grandson of a wealthy marquess, Lord Monmouth. Lord Monmouth initially disapproved of Coningsby’s parents’ marriage, but on their death he relents, decides to provide for the boy and sends young Coningsby to be educated at Eton College. At Eton Coningsby meets and befriends Oswald Millbank, the son of a rich cotton manufacturer who is a bitter enemy of Lord Monmouth. The two older men represent old and new wealth in society.

As Coningsby grows up he begins to develop his own liberal political views and he falls in love with Oswald’s sister Edith. When Lord Monmouth discovers these developments he is furious and secretly disinherits his grandson. On his death, Coningsby is left penniless, and is forced to work for his living. He decides to study law and to become a barrister. This proof of his character impresses Edith’s father (who had previously also been hostile) and he consents to their marriage at last. By the end of the novel Coningsby is elected to Parliament for his new father-in-law’s constituency and his fortune is restored.

If you decide to dive into this book, you will find the quote above.  Don’t bother.

Here is my point for Manday today.

I acknowledge that my youth has been full of blunders.  There have been too many to recount here.  And I will admit that manhood has at times proven to be a struggle.  But, I refuse to reach old age and have regrets.  I refuse to live life without giving it my all in my struggle to be the man that God called me to be, the husband that my wife needs me to be, the father that my children need me to be and the “Papa” that my grandchildren need me to be.

What about you today?  Are you struggling a little?  Then join the crowd.  But join with us and fight the good fight and let’s overcome together!