“Sometimes by losing a battle, you will find a new way to win the war.”
Donald Trump

In the 2004 Summer Olympics, the Australian Women’s Eight rowing team stood in fifth place, three seconds behind the leading Romanian crew team 500 meters from the finish line. When the Aussie’s were inside 400 meters one of the eight women quit rowing. She dropped her oars and lay back resting her head on the lap of the rower seated behind her. The Aussies finished dead last, 10 seconds behind the next closest finisher.

Ever feel like one of your teammates isn’t pulling their weight in your company?

Fortunately for most of us, this is the worst failure we will ever experience, there are times and places in my past where failure could have meant, someone on your team, lost their life. I don’t want to dwell on that type of failure, I want to discuss, parents, peers/friends, leaders, and role models. Yes I believe each of those positions in life will have to endure some sort of failure at some point or another. It will be a great test for us as leaders, not necessarily the failure, but how we come out of it, and how we work to prevent it in the future. Because believe it or not, at some point in our lives, we will all experience failure.

I have been fortunate enough in my life to have had some great leadership example, one of them told me once, “The more you bleed in training, the less you bleed in battle”…I figured out later that this was his rendition of “Practice makes perfect”, but how do you practice at leading a family? Leading a company? How do you practice being a friend? I don’t think we can prevent failure, I think we have to prepare for the inevitability of it. 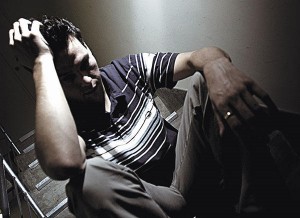 Coping with failure is an art—as well as the sign of a robust personality. Most of us fear failure because we do not want to risk feeling incompetent, useless, and foolish. However, by looking failure full in the face, you are courting the greatest success. Try celebrating the fact that you are willing to put yourself on the line for something you believe in and play for high stakes. You never know when one of your projects will pay off and enhance your reputation significantly.

Do not wait for things to run away with you until you are forced to act. If things are going off the rails, intervene as soon as you think it is necessary in order to straighten them out. Problems will not go away by themselves, so the sooner you act, the sooner a solution will be found.

Sometimes we are so fearful of failure that we unwittingly make it our goal. We know that if goals are set clearly and measurably, whether they be positive or negative, our energy is directed at meeting them. If we focus on failure, it creeps into our subconscious mind as a goal, and we find ourselves creating the conditions for it to happen. To avoid this, discipline yourself to focus on the positive outcome so that your success is manifested, not your failure.

Teamwork, in a sense, just like an Olympic crew team, is about everyone “rowing together” with every individual pulling their own weight fulfilling their individual, and sometimes unique, team role. It is the synergistic effect of individuals doing what is required of them individually that results in the desired outcomes being achieved and goals being met.

Most all of us have experienced something similar at some point in our life when working on a team.