Leadership Voices is partnering with an organization here in the Houston area this week-end. It should be an exciting time and we are expecting a great turnout. One of the key words in the title of that event is the word “mature”. The more I “mature” in age, the more I find myself listening to folks older than me. And by folks older than me, I mean people in the silver and golden seasons of life.

Here are a few reasons why those who would be leaders should listen to older people:

Old people have lived more of life than most of us. When they stand up to speak, they have a long track record of life from which to draw. And much of that time was spent actually focused on living life rather than memorizing passwords, tweeting trivia, engaging with video games, facebooking, and texting. 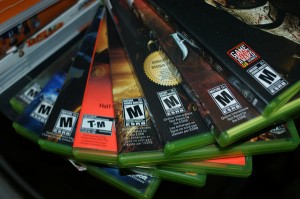 But, the difference between the young and the not so young is that much of their time was spent on doing real things–often hard things– rather than watching people pretend to do real things on television. They know more about the human experience and the struggles of the human soul than I do.

Old people are done with “ladder-climbing”. That means they can speak the truth without fear of losing a job, donors, followers, blog readers, a career track, supporters, customers, conference invitations, record deals, or a popular reputation. Old people can truly view people as…well, people, rather than consumers. They are prepared to give people what they need, rather than what they want. Having lived most of life, they have a better understanding of what people need, whereas younger people have a better understanding of what people want. That makes them incredibly valuable as mentors. 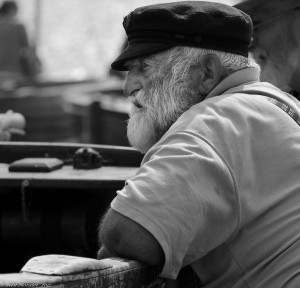 Old people are more self-aware than you think. The older they get the more aware they are of their own shortcomings and the vastness of the grace of a loving and forgiving God. They aren’t all that impressed with themselves and they don’t waste much time on nonsense. They know that they probably don’t have another 50 years ahead of them and so the things of eternity are becoming clearer to them as the clutter of life is pulled away. They still believe God has a sense of humor but they somehow sense He isn’t laughing at most of the stuff we are laughing at on television and in our society. They are more serious about life, and yet often less anxious at the same time. They spend less time stressing on the pursuit of power, position, and coolness and more time resting in the pursuit of Godliness.

Is there sometimes a tendency in old age to become a grumpy old man and become resistant to change and technology? Yes, but those tendencies sometimes are more tied to personality than chronology.

So that’s why I increasingly listen to the senior guys.

On days like today, I miss my father-in-law who went to be with the Lord a few years ago. He was a tremendous mentor to me. However, I am very fortunate to still have my father alive and just down the road from where I live. And I have found a man at work who is older than me and who has taught me a great deal about things that I need to know to be successful in my current assignment.

What about you, young leader? Who are you looking to and listening to?

Join with me and learn from those who came before us and yet are still with us.

Categories: Following, Mentoring
Disclosure of Material Connection: Some of the links in the post above are “affiliate links.” This means if you click on the link and purchase the item, I will receive an affiliate commission. Regardless, I only recommend products or services I use personally and believe will add value to my readers. I am disclosing this in accordance with the Federal Trade Commission’s 16 CFR, Part 255: “Guides Concerning the Use of Endorsements and Testimonials in Advertising.”