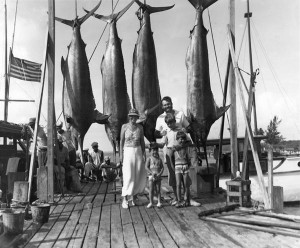 I suppose that it is because sometimes we are forced to kill. I say forced because the actions of others dictate whether or not we kill. As detestable as it may be, killing is sometimes necessary to protect innocent life. It is a hard concept to explain to someone who doesn’t feel the way we do. Killing is a huge burden on the soul, but one society’s protectors are willing to carry if that is what it takes to protect ourselves or the people we proudly serve. The unspoken truth about an officer taking a life is that many struggle with the aftermath of it for many years. There is a huge emotional toll taken on the officer, even when they were completely in the right and had no choice. What separates our police officers from the wolves is the compassion that makes killing unpleasant. 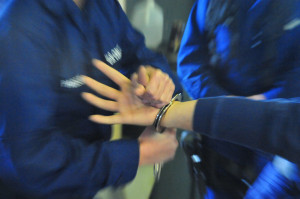 In the five paragraphs that encompass all of the talk of hunting, Hemingway explains the thrill of the hunt, and how those who have experienced it on such an intense level find themselves lost without it. I will admit that Hemingway was not speaking of law enforcement officers when he wrote the piece, but I will firmly say that he very well could have been. Ask any of the retired sheepdogs out there if they ever found anything to compare. I certainly know that I will never do anything else. I have been offered more money, better benefits, and holidays at home with my family, but I cannot walk away. It has been said that police work gets in your blood, and I agree. Read the rest of the paragraph that contains the quote and see if you could understand where it would apply:

“Certainly, there is no hunting like the hunting of man and those who have hunted armed men long enough and liked it, never really care for anything else thereafter. You will meet them doing various things with resolve, but their interest rarely holds because after the other thing ordinary life is as flat as the taste of wine when the taste buds have been burned off your tongue. Wine, when your tongue has been burned clean with lye and water, feels like puddle water in your mouth, while mustard feels like axle-grease, and you can smell crisp, fried bacon, but when you taste it, there is only a feeling of crinkly lard.”

What is more thrilling than hunting killers, rapists, robbers, terrorists? In short, nothing. Clearly, that is not all we do. It’s not even a fraction of what we do in most cases. We have been tasked with protecting the flock from themselves as well, and we do that task with resolve. We write our tickets, run our calls, check our businesses, but we remain ready. When the wolf appears at the door, we will be there standing in the way. We will charge forward to the sound of gunfire while the lambs take cover behind us. We will drive them away from our flock. And then, when the wolves turn and flee like cowards, we will hunt.

Chris Fisher is a veteran police officer, founder of the Facebook page Survive the Streets: A Page for Cops, and an entrepreneur. He believes law enforcement is his calling, and hopes to serve his community with honor, integrity, and tenacious resolve.

Categories: New Author, Sheepdog
Disclosure of Material Connection: Some of the links in the post above are “affiliate links.” This means if you click on the link and purchase the item, I will receive an affiliate commission. Regardless, I only recommend products or services I use personally and believe will add value to my readers. I am disclosing this in accordance with the Federal Trade Commission’s 16 CFR, Part 255: “Guides Concerning the Use of Endorsements and Testimonials in Advertising.”