No, I am not talking about that kind of bar!

Much has been made this week about New Jersey Governor Chris Christie’s handling of “Bridgegate”. For purposes of this article I really don’t care about whether or not he had any prior knowledge of the actions taken by some of his senior staff. I have some thoughts on that aspect of the story, but they are not based upon actual first-hand knowledge on my part. So, I will try not to cloud the issue and these musings with those thoughts. 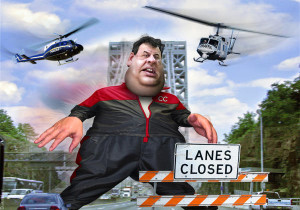 My purpose today is to look at his leadership in the midst of this current crisis for him and his administration. And further, I want to draw some conclusions based upon the comparison that is being made with the President of the United States and how he has handled some crises in his administration. Again, I will not take a partisan political stand. Instead I will merely comment on the comparisons being made in the mainstream media.

I spend a lot of time each day in my car commuting to and from work. Many of you do the same thing. One of the constant themes this week has been that the governor is doing a much better job of handling this crisis than the embattled president is handling his own. Many are saying that he is showing much greater leadership than the president. 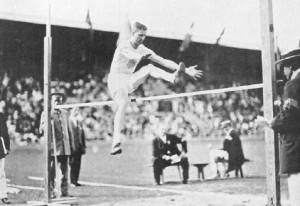 Some have gone as far as to say that he has “raised the bar” with his leadership and example of crisis management. If that is true, then where is the bar?

Unfortunately, leadership has been expressed in analog terms. It has been thought of as being akin to 7th grade history. Some treat it as though there were a grading curve for leadership. As long as your performance was on the right side of the bell curve then you were deemed to have achieved well and given a better grade than those on the other side of the bell curve. But there was a distribution that determined your grade and not an absolute set of standards.

I never liked the “curve”. I always wanted to measure myself against an absolute standard. If I didn’t get at least 90 questions right on a test, I didn’t feel I deserved an “A”. I didn’t care that everyone missed a lot more than I and therefore moved the curve to allow for more to fall in the happy medium.

I I feel the same about leadership. The grading curve has slid so far that apparently Gov. Christie is seen as raising the bar with his performance. I heard someone say the other day that he “really put it all on the line with his press conference and taking all of those tough questions”. I don’t see it that way at all. For him, it was already on the line. Or in his case, a chopping block. He had no choice but to step up and answer the questions that everyone was asking and wanted answers for. He did what he did because he had no other choice. That is not leadership. That is desperation. That is damage control. I guess to some that looks like leadership.

I do not want leadership out of desperation or because someone has done something monumentally damaging to themselves or their followers. I want intentional leadership. And in this case, the bar has been lowered so far, that when Gov. Christie does something remotely resembling what a real leader would do, folks think he is somehow raising the bar. I prefer to think of it as bending down and picking it up from the floor where it has been for so long.

What about you?  Where is the bar in your leadership?  What level do you expect from the leaders around you?  Is it higher than the bar you set for yourself?