“You do not lead by hitting people over the head — that’s assault, not leadership.”
Dwight Eisenhower 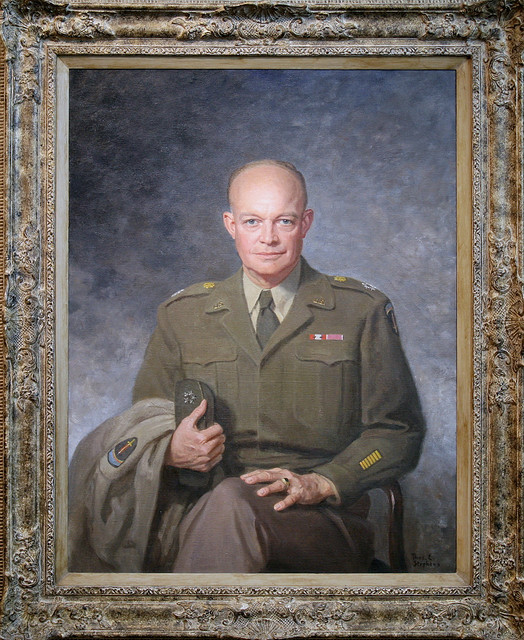 We have all probably suffered under the kind of leadership that “Dairyman / Fireman / Journalist / General / President” Dwight D. Eisenhower mentions in one of his famous quotes on leadership.  Eisenhower lived a varied and charmed life.  It was not an easy life and he knew tragedy and death as a child and again as a young father.  But he persevered and became one of the most beloved presidents that our nation has ever known.  He was from humble beginnings in Denison, TX and went on to West Point and then went on to become one of the last 5-Star Generals that our military has produced.

He was a man who knew a little about leadership and physical assault.  He was acquainted with both by profession and experience.  But through it all he determined that leadership was not necessarily manifested through physical prowess.

In this quote he does not tell us exactly how he defines leadership.  So, I will ask you today.  How do you define leadership?  What exemplifies leadership to you?

Categories: Inspiration, Quote
Disclosure of Material Connection: Some of the links in the post above are “affiliate links.” This means if you click on the link and purchase the item, I will receive an affiliate commission. Regardless, I only recommend products or services I use personally and believe will add value to my readers. I am disclosing this in accordance with the Federal Trade Commission’s 16 CFR, Part 255: “Guides Concerning the Use of Endorsements and Testimonials in Advertising.”