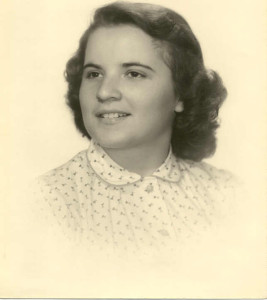 I was reminded in church this morning of the importance of a Godly mother and the development of leaders.  Today was special not only because it is Mother’s Day and I had the chance to be in church this morning with not only my mother, but my mother-in-law as well.  I was also able to be there with my daughter-in-law and our son as they dedicated their son.  It was a special day.  But it also was an opportunity to consider the importance of mothers and to consider the impact of a mother’s dedication to raising a leader.

We worshipped in a typical Texas small town First Baptist Church.  The people were warm and friendly and it was refreshing to my soul.  The pastor spoke simply but eloquently and caused me to think again about the important leadership role that a mother plays in the lives of her children.  And I have borrowed liberally from his message this morning in writing this piece.

Hannah prayed desperately for God to give her the desire of her heart.  She prayed deeply and earnestly that she would have a child – a son.

Hannah prioritized the raising of her child.  She made sure that she taught him the things that would be important to him as an adult and that would prepare him for great things.

Hannah dedicated her child to God and to His service.  She saw herself as serving a greater purpose than just feeding and diapering.  She believed that she was a steward of the gift that God had given her.

Hannah was faithful to the responsibility to parent.  She was dedicated and she was steadfast in her sacred task. 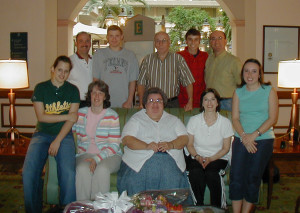 So, what are the leadership implications of this story?  Well, for those of you that are reading this and who are not Biblical scholars, Samuel went on to the one that God chose to identify and then anoint David as the king to follow Saul.  And you would have to put David in the list of the most influential leaders in all of the Old Testament.  And it was from his lineage that Jesus Christ himself would come into this world.  What can we learn from all of this?  Consider these four things:

We need to commit to what we are called to regardless of our situation.  For Hannah, she was constantly being tormented by her rival at every turn in life’s road.  Yet, Hannah persevered and stayed committed knowing that God would be faithful to her.  Are you that committed?

We need to commit ourselves to prayer in an obvious manner.  Hannah was accused of being drunk in the temple because she prayed so fervently that she exhausted her audible voice and only was able to move her lips.  Are you that committed?

We need to commit to walking daily with God.  Hannah’s request was not answered immediately.  We do not know how much time elapsed before her prayer was answered.  But she continued to walk daily in faith knowing God heard her prayer.  Are you that committed?

We need to commit our best to God.  Hannah’s request was for a son.  And it would have been easy to hold on to him once she got him.  But she did the hard thing.  She dedicated him to God and returned him to God.  Are you that committed? 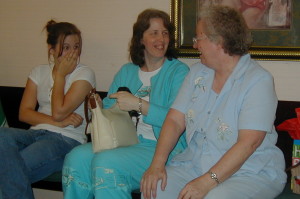 There are some important lessons that I think we as parents need to take away from this story.  And these lessons have important implications to us if we are trying to raise a generation of leaders that will impact culture for good and for eternity.

We need to see ourselves as stewards and not as their lord and master.  We should not take ownership of our children because that tends to cause us to make the decisions that benefit us and not the child.

We need to be willing to release our children so that they can reach their fullest potential.  That means allowing them to try and to fail from time to time.

We need to know that God knows what to do with them far better than we do.  God formed them in their mother’s womb.  He knows their thoughts and sees their inner self.  Who better to offer them to?

Happy Mother’s Day from Kevin Bowser and all of the other writers and leaders at Leadership Voices, LLC.

Categories: Influence, Motherhood
Disclosure of Material Connection: Some of the links in the post above are “affiliate links.” This means if you click on the link and purchase the item, I will receive an affiliate commission. Regardless, I only recommend products or services I use personally and believe will add value to my readers. I am disclosing this in accordance with the Federal Trade Commission’s 16 CFR, Part 255: “Guides Concerning the Use of Endorsements and Testimonials in Advertising.”