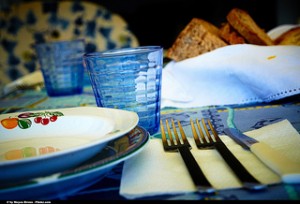 Sitting at lunch yesterday with one our most prolific authors on LeadershipVoices.com and with a new author who is going to be providing some interesting content in the coming days, our conversation was about leadership and the leadership crisis in our culture today. One of my hypotheses is that we are just one generation away from losing our society and our culture due to the lack of leadership skills today. One of my lunch companions had a much more optimistic view that we are several generations away. All I know for sure is that there is a distinct lack of leadership exhibited today. And it “seems” that there were better leaders and more leadership skills in the past.

And it seems that leaders of the past almost always seem more effective than those of today. Perhaps it is a perceptual bias: We long for what we don’t have, and mythologize what we used to have. But even taking this bias into consideration, many of today’s leaders don’t seem to measure up to our expectations.

According to a survey conducted by the Harvard Kennedy School several years ago, 68% of Americans believe that there is a “leadership crisis” in the country; and leaders in only four out of thirteen sectors polled inspire above average confidence. Those sectors were the military, the Supreme Court, non-profit organizations, and medical institutions. Leaders of the news media, Congress, and Wall Street receive the lowest scores. Who is surprised by this? 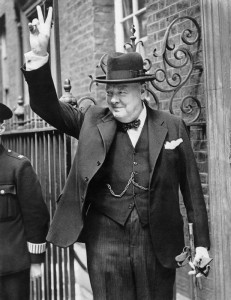 My parents used to tell me that the leaders of their day not only inspired confidence, but respect and reverence as well. They talked about Roosevelt, Churchill, Eisenhower, Gandhi, and others of that generation as larger than life figures. Growing up, I had the same impressions of John and Robert Kennedy, Martin Luther King, Margaret Thatcher, Ronald Reagan, Mikhail Gorbachev, Lech Walesa, and others. Sure they had their flaws, but they were courageous and decisive, and could communicate in ways that made it clear what they stood for.

But today’s public figures don’t seem to inspire the same confidence. According to recent Gallup figures, only 29% of Americans think that President Obama is doing a good job; and only 7% have a favorable view of Congress.

The irony is it’s likely that more money has been spent on leadership development in the last two decades — in both the public and private sectors — than was probably spent in the previous ten decades combined (admittedly I’m guessing here; no figures seem to be available). All I know for sure is that my personal leadership consulting practice is up this year over last year and that year was up over the previous year. So why are we not turning out better leaders across the board? Let me suggest two possibilities — and perhaps readers will add others:

The velocity and volume of issues that leaders are confronted with today has increased substantially. This doesn’t mean that the previous generations of leaders had it easy; rather they had more time between decisions than leaders have today. The instantaneous and ever-present news cycle have changed the dynamic of leadership, decision-making, and how those decisions are played out in a very public way. Now, with the advent of instantaneous communication across the globe, leaders have very little time to think. Most of the leaders that I’ve worked with, in both the public and private sectors, are inundated with information and overwhelmed with meetings. They move from one issue to the next with frequent interruptions as new developments occur. Relaxed time to think, reflect, and plan is limited and fragmented. But leaders who don’t find ways to carve out that quality time reduce their effectiveness.

Many of today’s leaders are overly concerned with the reactions of their stakeholders. This may seem to only be relevant to the corporate sector. But that is not true. Further, this may sound odd, since a key function of leadership is to tune in to the needs of the people they are leading and lead them to a place that they already want to go. Listening, however, only goes so far, particularly when the many voices do not agree. At some point leaders need to declare their intentions, even if not everyone will be happy. For this reason today’s leaders often hesitate to do what they think is right. Instead politicians seem to base their policies on polling trends, while corporate leaders worry about the reactions of analysts and traders. Non-profit leaders are fearful of what this will do to their donor base and their volunteers. In contrast, respected leaders drive towards a longer-term vision and find ways to handle the speed bumps along the way. 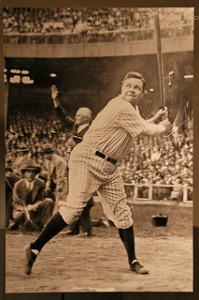 Of course comparing leaders from different generations has no right answer — just like the arguments about who was a better home run hitter – Babe Ruth, Hank Aaron, Reggie Jackson, Alex Rodriguez, Albert Pujols or young George Springer who is currently tearing it up for the Houston Astros. But if reflecting on the question helps us find ways of increasing leadership effectiveness today, maybe it’s worth some debate.

What are your thoughts? Are the leaders of today less (or more) effective than the leaders of the past?  Who stands out to you today as an exemplary leader and worthy of following?

Category: Is leadership . . .
Disclosure of Material Connection: Some of the links in the post above are “affiliate links.” This means if you click on the link and purchase the item, I will receive an affiliate commission. Regardless, I only recommend products or services I use personally and believe will add value to my readers. I am disclosing this in accordance with the Federal Trade Commission’s 16 CFR, Part 255: “Guides Concerning the Use of Endorsements and Testimonials in Advertising.”