Back in the 1970s there was a very popular little one panel comic that depicted a little male and female cherub-like creatures.  It had “Love is . . .” written in the upper left of the panel.  The couple was in the middle and the bottom was the rest of the sentence that told you what love is.

One of the most famous comic strips of the entire series was  “Love is . . . being able to say you’re sorry” and was published on Feb. 9, 1972.  The beginning of the strip coincided with the very famous film from 1970, “Love Story”.  The signature line from that movie was “Love means never having to say you’re sorry.”   What a crock!

So, what is the leadership implication?

It is simply this.  Leadership often involves making mistakes.  I was once told by a CIO that I worked for, that if I wasn’t failing once in a while, then I wasn’t really trying very hard.  Now, I won’t debate that thought today as it is probably worthy of an article or post all on its own. 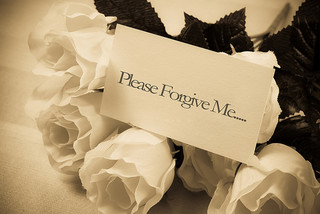 But I firmly believe that leadership involves many things.  Some of those are zeal, risk, decisiveness, making unpopular decisions, and the like.  Invariably there will be hurt or damaged feelings along the way.  Real leaders will pause and check often for unintended consequences and collateral damage and see how their leadership is affecting those that they lead.  And when they discover that there was an “unintended consequence” they will go to the one who was “consequence” and they will apologize for the hurt that was caused.  They will not blame someone else.  Real leaders will not blame it on a mere lack of communication.  Real leaders accept the responsibility, apologize, and then go about healing the hurt and restoring the relationship.

Real leaders make mistakes.  It goes with the territory.

Real leaders say that they are sorry all the time.  They say it.  And they mean it.  And, by the way, this is a really important trait to develop at home.

When was the last time that you stopped and looked around for collateral damage?  When was the last time you asked those around you how your leadership was affecting them?  What did they tell you?  Do you have enough “Trust” in the bank for them to tell you candidly about how they are feeling?

When was the last time you said “I am sorry”?

Leadership is  . . . sometimes having to say that you are sorry.