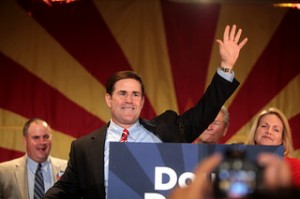 We have just experienced a bit of a momentous election here in the U.S.  And we are seeing changes in the upcoming Congress such as have not been seen since Herbert Hoover was president.  Regardless of your political affiliation and whether or not your side gained or lost, how will our newly elected or re-elected representatives lead?

I have written in the past on the recently elected pope and I would suggest again that Pope Francis may have some more words of wisdom for our elected leaders.

Archbishop Jorge Mario Bergoglio of Argentina chose the name “Francis” when he became the first Jesuit pope of the Catholic Church in March 2013. Inspired by the modesty of St. Francis of Assisi, Pope Francis anchors his philosophy and approach to life in humility.  After the selection of Argentinian Jesuit Jorge Mario Bergoglio as pope in March 2013, his humility, caring and willingness to be vulnerable captured the fancy of Catholics and non-Catholics around the world. Pope Francis, who labels himself a “sinner,” famously asked, “Who am I to judge?” 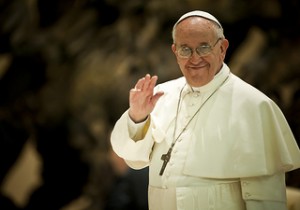 In his nearly 40 years as a priest in South America, Bergoglio was as an unpretentious man who took public transportation to visit Catholics and non-Catholics in Argentinian neighborhoods. Fifteen months after he turned 75 – and submitted his mandatory resignation to Pope Benedict XVI – Bergoglio was elected to lead the world’s 1.2 billion Catholics, stepping in to head a church plagued by controversy. His tenure as pope thus far exemplifies some important leadership lessons.  Humility is one of them.

Pope Francis believes that humility is the single most important leadership characteristic and that everyone should learn to be more humble. For his first public appearance as pope, Francis chose not to stand on a platform that would raise him higher than other cardinals.  Before addressing the crowd, he requested a prayer for himself, a decidedly untraditional gesture. Few corporate leaders demonstrate that kind of humility. Examples include former eBay CEO Meg Whitman, Travelocity’s former CEO Michelle Peluso and Tony Hsieh of Zappos, who all chose to work out of cubicles among their employees.

Pope Francis considers himself a servant. Humble leaders understand the distinction between issuing orders to employees and helping them succeed. Leaders who serve others acknowledge that productive dialogue requires mutual respect. Pope Francis believes that lowering your defenses and withholding judgment helps you overcome obstacles to good communication.

So what do you think?  Do you think we are about to enter an era of humble leadership?

That is why I am focusing on humble leadership, or what others call, Servant Leadership.  I don’t think the political leaders are ultimately be the model that I want to follow.  I don’t agree with everything Pope Francis is saying and doing.  But, on this point, I think he nails it!

Categories: Leadership Styles, Leadership Traits, Recognized Leaders, Servant Leadership
Disclosure of Material Connection: Some of the links in the post above are “affiliate links.” This means if you click on the link and purchase the item, I will receive an affiliate commission. Regardless, I only recommend products or services I use personally and believe will add value to my readers. I am disclosing this in accordance with the Federal Trade Commission’s 16 CFR, Part 255: “Guides Concerning the Use of Endorsements and Testimonials in Advertising.”