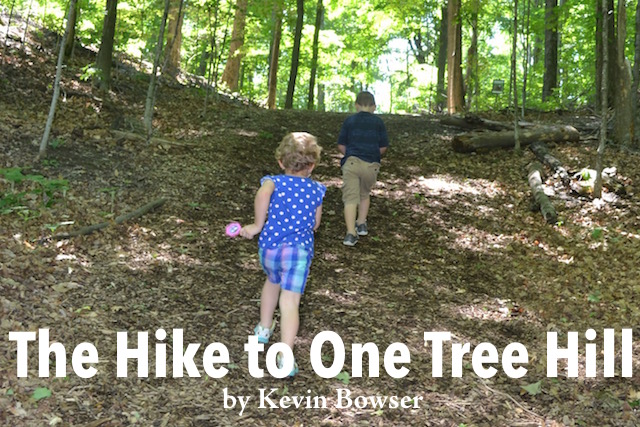 Just having a compass doesn’t really make you a leader.

This realization came to me while watching my oldest grandson on a hike yesterday. We were visiting the beautiful Shelburne Farm on the shores of Lake Champlain in Shelburne, VT. At one point in our visit to the farm, we decided to take a hike up a trail to One Tree Hill and look out onto Lake Champlain.

We had to adjust his heading several times in order to get to the top of the hill and enjoy the gorgeous view of Lake Champlain and New York State across the water. But that did not diminish his excitement of leading us to the great and scenic vista.

What is the Leadership Lesson here?

The leadership lesson is that just having a compass doesn’t make you a leader.

My grandson felt like a leader proudly holding that compass out in front of his chest and pointing up the trail toward the top of the hill. And who am I to burst his leadership bubble? He is only six years old. He is allowed to feel like a leader while holding that Dollar Store compass.

But you and I don’t get such an easy pass. A compass is not a beacon to follow. It is up to you and I as leaders to provide the direction. And the compass will help to tell us if we are accurately heading in the direction that we claim we want to travel.

Categories: Leadership Lessons, Young Leaders
Disclosure of Material Connection: Some of the links in the post above are “affiliate links.” This means if you click on the link and purchase the item, I will receive an affiliate commission. Regardless, I only recommend products or services I use personally and believe will add value to my readers. I am disclosing this in accordance with the Federal Trade Commission’s 16 CFR, Part 255: “Guides Concerning the Use of Endorsements and Testimonials in Advertising.”