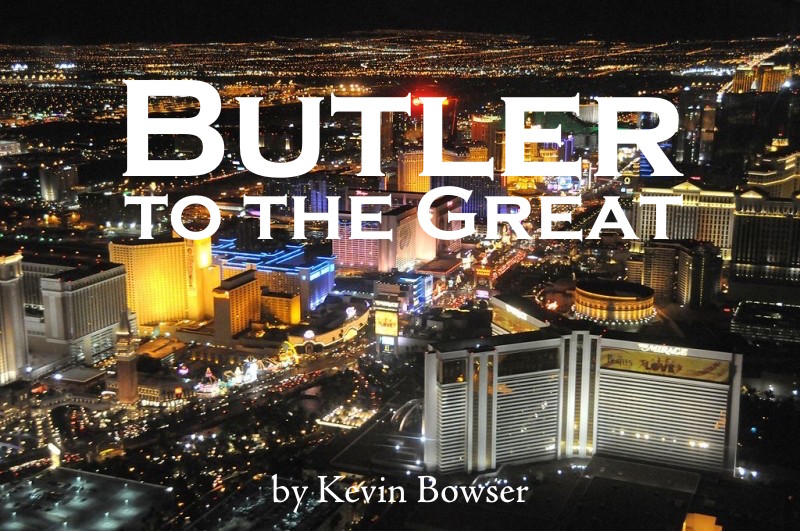 His name was Eduardo.  He told me to call him “Eddie”.  He was from the Philippines but he left after Ferdinand Marcos was deposed in February of 1986.

I met Eddie at a banquet while at a business conference in Las Vegas.  Eddie had been in the personal service of Marcos.  He was what would most likely be considered a butler.  He served Marcos proudly and he served him well.  Eddie was one of the fortunate ones to get out before the downfall of Marcos.

Eddie left and found himself in the service of King Khalid of Saudi Arabia.  He served the King until his death.  Eddie has served other persons of great political prominence and wealth, but we did not discuss them much.

At some point on a visit to family here in the U.S., he found his way to Las Vegas, Nevada.  And then, as Eddie said, “the planes hit the Twin Towers and all that.”  Suddenly he found himself stuck in Vegas with no real plan or the wherewithal to get back to where he had been prior to visiting Las Vegas.  Quickly running out of money he turned to what he knew.  He could serve.  But, there are not many kings or presidents in Vegas.  There are “whales”.  But they come and go and he needed something steady.  So he got a job serving food to business folks like me who come to Vegas for conventions.  And that is just how we met.  We met at the final dinner of a convention that I attended that week.

I think the lesson is this.  Consider all of my experience in light of one of the speakers at one of the luncheons. That speaker was the CEO of Zappos.com, Tony Hsieh.

Hsieh talked about the culture that exists at Zappos.com.  And he talked about the interview process for those who want to come to work for Zappos.com.  He said that unbeknown to the person interviewing for a job, the driver of the van that transports the prospective employee to the office is a part of the interview process.  And after the formal interview is over, the driver is asked about the prospective employee and how he treated the driver during the ride.  So, no matter if the person is an outstanding applicant, if he has no ability to relate to the “cab driver”, then he is not really Zappos.com material.

So, I am just sorta talking out loud here.  But I wonder.  How do I treat people?  Do I treat them royally?  Do I treat them with dignity and respect like Eddie even when they are just some tired and worn out conventioneer like I was that day?  Am I a servant leader?

Would Zappos.com hire me based upon how I treated the cab driver to and from the airport or the person that cleaned my room for the three days that I was in Vegas?

Category: Servant Leadership
Disclosure of Material Connection: Some of the links in the post above are “affiliate links.” This means if you click on the link and purchase the item, I will receive an affiliate commission. Regardless, I only recommend products or services I use personally and believe will add value to my readers. I am disclosing this in accordance with the Federal Trade Commission’s 16 CFR, Part 255: “Guides Concerning the Use of Endorsements and Testimonials in Advertising.”