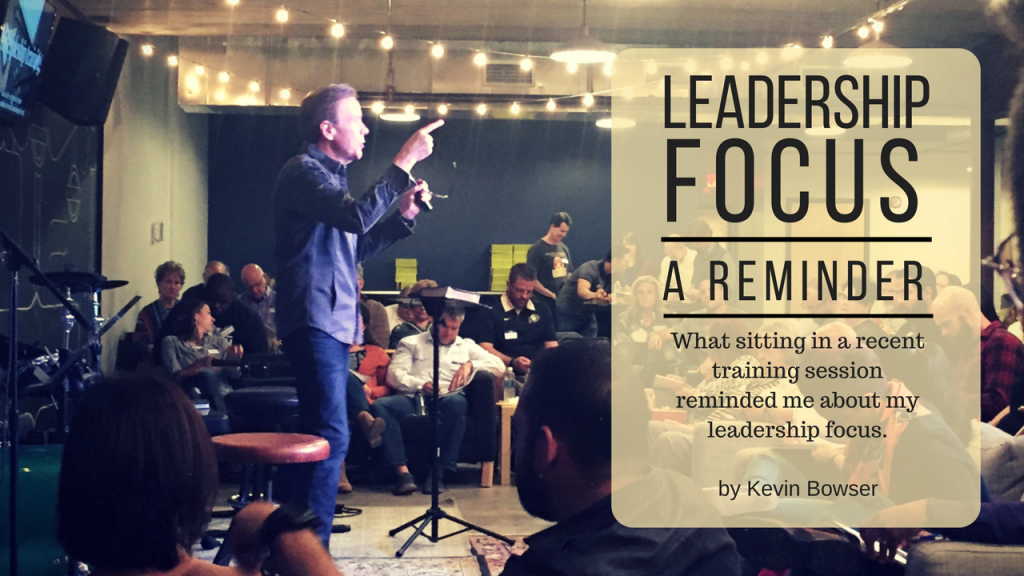 I have said many times, and I repeat again right now. You never know from where your inspiration for writing will come. For me, over the last two Sunday afternoons, it has come from some Discipleship Training that was hosted by a church near where I live.

The training was for them and for their people. But I got a chance to sit in and observe. I consider myself somewhat of an expert when it comes to the topic. So, I was not expecting to really “learn” anything. Boy, was I wrong!

What did I learn? And how was I wrong?

How many have ever heard this?

Ralph Nader is quoted as saying it this way: “The function of leadership is to produce more leaders, not more followers.” However, many of us get caught up in attracting and developing followers. Many times we count our followers and then go and make a huge deposit in our “Self-Esteem Account.” The training that I attended reminded me once again that my focus is to be on making more leaders and not just making more followers. That is the “What did I learn?”

The end result of the discipleship process that the speaker presented was that those that we discipled would move on and go forward and make more disciples. The discipled became the discipler who creates disciples who then become disciplers. And on and on it goes.

But the “How I was wrong?” is equally important. Again, I already knew this. He just reinforced it again for me. He reinforced that I was wrong to look at my role as a leader in such narrow terms. And I was really wrong to hold on to a process of developing leaders that focuses on me telling them all that I think they need to know to become a great leader. Instead, it put the focus on what he called “Handcrafted Discipleship.” Gone are the days of reading books on how to disciple and sitting in discipleship classes (what many of us grew up calling Sunday School, by the way.) And in its place, he is focused on becoming a “Conversation Catalyst” that disciples in an organic and focused way.

What if we took the model that I learned over the last two Sunday afternoons and created a model for leadership development that mirrored that process? I bet it would work better than what we are doing now. I bet it would produce more leaders! And after all, isn’t that the goal?

Stay tuned! These last two Sunday afternoons have stretched my thinking more than anything I have experienced in many, many years. It was THAT good! So, stay tuned and walk with me through the implications of that “Handcrafted Discipleship” model as it applies to leadership development.

Categories: Following, Followship, Mentoring
Disclosure of Material Connection: Some of the links in the post above are “affiliate links.” This means if you click on the link and purchase the item, I will receive an affiliate commission. Regardless, I only recommend products or services I use personally and believe will add value to my readers. I am disclosing this in accordance with the Federal Trade Commission’s 16 CFR, Part 255: “Guides Concerning the Use of Endorsements and Testimonials in Advertising.”