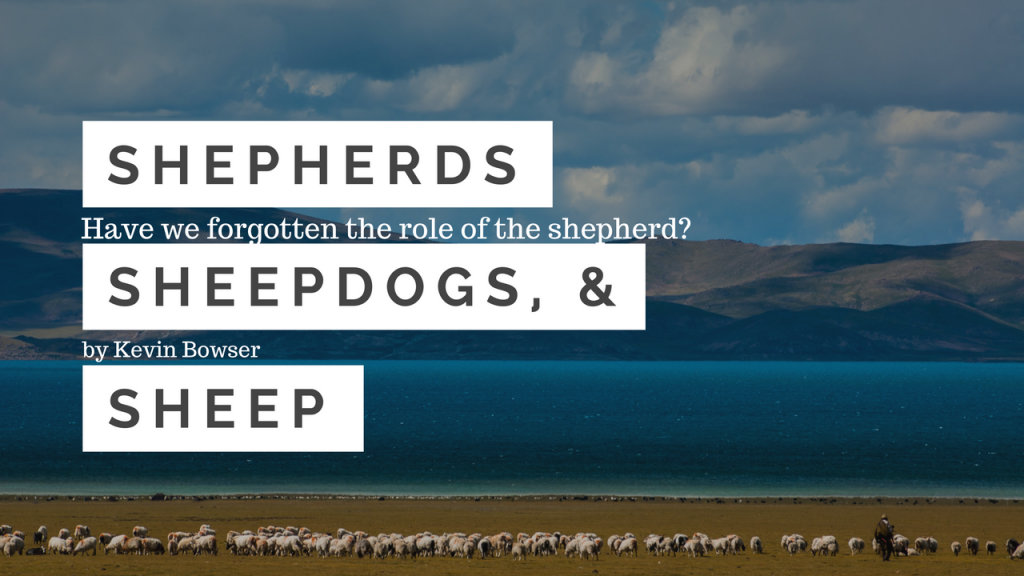 Going back to the early days of LeadershipVoices.com, you will find some thoughts and words expressed by some guest authors on the importance of being a “sheepdog” and guarding the “sheep.” Although there was no intent to make a value judgment, many leaders are drawn to the sheepdog when asked to describe themselves and given the choice between the two options.

But what about the shepherd?

Yeah, what about the shepherd? Where does he fit into all of this? My experience in animal husbandry was as a hired hand on a dairy farm back in the late 1970s. I don’t have a lot of experience with sheep. But this much I do know. It is the shepherd that leads the sheep. It is not the sheepdog. The sheepdog serves a vital function. The sheepdog is quick and agile and is able to run so much faster than the shepherd. But note that the sheepdog takes commands and directions from the shepherd and then goes out and performs them with great energy and efficiency.

Many times the sheepdog acts without explicit direction from the shepherd. The sheepdog, having been trained by the shepherd, sees that the sheep that are wandering from the rest of the flock and will instinctively go and round them up. The sheepdog will jump into the fray and into the face of danger in order to protect the sheep from wild animals or predators.

But the sheepdog does not survey the land and choose the path that the flock will take. The sheepdog cannot select the greenest pastures. Because the sheepdog’s diet is not the same as the sheep and therefore it cannot judge the quality of the grazing land. In fact, to be completely honest, the sheepdog could be completely content to eat one of the sheep that it guards. Just let that sink in for a second. These are just several shortcomings of the vaunted sheepdog.

Strengths of the Shepherd

Shortcomings of the Shepherd

Is this a perfect leadership analogy? Of course not. But I think it does shed some light on the value of the role of both shepherd and sheepdog. Many are drawn to the glamor and excitement of being a sheepdog. I tend to be that way by nature. But we must not forget the role of the shepherd. He is the leader of the flock.

Are you a sheep, a sheepdog, or the oft-forgotten shepherd?

It is the shepherd that leads the sheep. It is not the sheepdog. Kevin Bowser

Category: Sheepdog
Disclosure of Material Connection: Some of the links in the post above are “affiliate links.” This means if you click on the link and purchase the item, I will receive an affiliate commission. Regardless, I only recommend products or services I use personally and believe will add value to my readers. I am disclosing this in accordance with the Federal Trade Commission’s 16 CFR, Part 255: “Guides Concerning the Use of Endorsements and Testimonials in Advertising.”