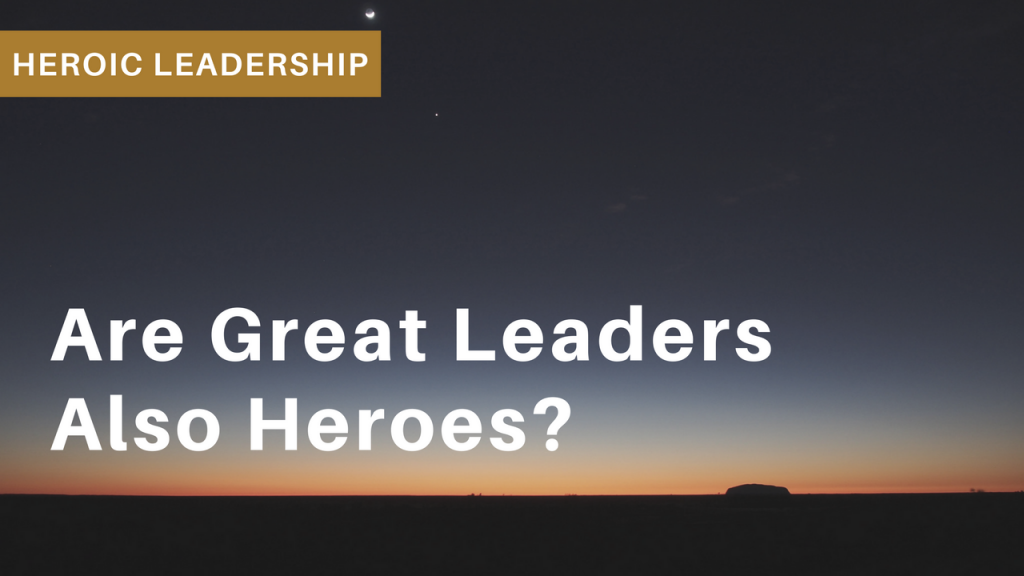 There is a theory of leadership known as the “Great Man” theory. It states that great leaders are simply more “heroic” than others. And further, their innate qualities, skills or abilities enable them to shape their world.

The Great Man Theory has about as many adherents as detractors. The problem is that this theory is a little too simplistic to cover every scenario. Plus, it ignores the evidence that sometimes leaders are developed in the crucible of crisis. And the folks who believe in the crucible as a developer of leadership talents have their own set of statements supporting that theory of leadership.

But, for purposes of today’s thoughts, I want to focus on the “heroic” nature of leadership. It follows naturally with some of the recent articles focusing on legacy, traditions, and the ethos of a “Knight’s Code.” I choose to use a word like “heroic” because it connotes a certain values-based approach to leadership. Far too often folks discuss leadership in a “value vacuum”. In my view this is not only incorrect, it is ultimately very harmful to the organization that has leaders who act outside of values and ethics.

Values are an integral part of good leadership. To be a true leader, you must take a stand on issues. And that stand must be a moral stand. As leaders, we should be mobilizing and motivating our organizations to the higher moral ground even when that may not increase the organization’s profit margin or bottom line.

Perhaps the most stark and most striking examples of the opposite ends of the spectrum of this kind of leadership are embodied in two distinct historical figures. Consider Dr. Martin Luther King. He gave his life to create a more inclusive and equal society. In contrast, consider someone like Adolf Hitler. He had great power, but he used it to extinguish his enemies and he tried to eradicate them and their value system.

What is the leadership principle here today?

It is that leadership and values are not exclusive concepts. Leadership must contain a moral value system from which it finds foundational truths. And leadership devoid of values devolves ultimately into chaos or anarchy. At the very least it leads to the decline of society rather than the growth and betterment of that society.

Leadership and values are not exclusive concepts.Kevin E Bowser

Lead your team today to the moral high ground.