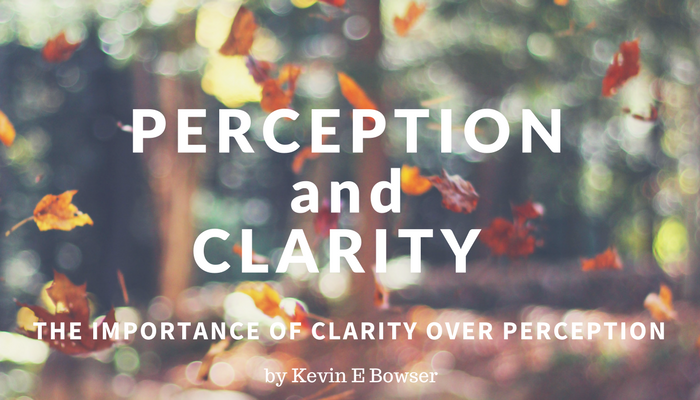 One of my favorite individuals to listen to on the radio when I am driving around is a conservative talk radio host by the name of Dennis Prager. Even if you do not agree with his political persuasion, you have to respect his emphasis on, and value of, clarity over agreement.

This resonates more and more with me the older that I get. There was a time when an argument must lead to agreement, surrender, or acquiescence by my opponent. These days, I am much more willing to accept the possibility of disagreeing agreeably. I just need to ensure that there is clarity and that I am both understanding others and being understood.

All of that aside, I really would like to deal with the issue of clarity and perception. Specifically, it is important to have clarity around our self-perception when we are leaders.

How often do you come across that person in the office who thinks they have a great sense of humor? They tell jokes that are either inappropriate or just fall completely flat when they deliver the punchline. They simply lack clarity around their own sense of humor.

Athletic coaches will tell you that you cannot coach “speed.” You can make an athlete “faster” if they have some basic speed abilities. But, you cannot take an athlete that is fundamentally slow and make them fast. You can improve their 40-yard dash times. But you can’t take an athlete that runs a six-second 40 and make them into a 4.3 speedster. Such is the case with clarity of self-perception. A leader must show an openness to seeing themselves clearly if they are going to make significant strides in this area.

So, what do I do about this?

To utilize the JOHARI Window, a leader picks a number of adjectives from a list, choosing ones they believe describes them. The leader’s followers or peer leaders then get the same list, and each picks an equal number of adjectives that describe the leader. The adjectives from the leader’s list are then compared to the lists from the others. They are then inserted into a two-by-two grid of four cells according to the following guidelines. 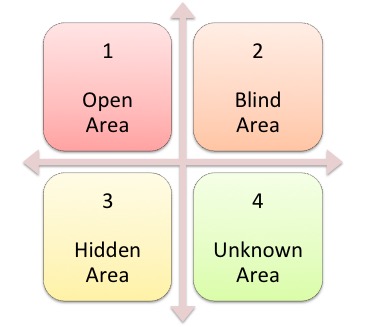 Window area 1 contains the adjectives that are known to the person and also known by the others who participated in the exercise. Window area 2 contains is what is known about a person by others in the group, but is unknown by the person him/herself. Window area 3 is what is known to ourselves but kept hidden from, and therefore unknown, to others. And window area 4 contains the adjectives that describe the leader and that is unknown to the person him/herself and also unknown to others in the group.

Many will then take the window model and adjust the relative sizes of each quadrant of the model to show the quantity of adjectives in each quadrant. This step leads to the greatest clarity. The larger the “Open” quadrant, the more clarity a leader would have because their self-perception would be acknowledged and actually validated by the others who participated in the exercise. The two least desirable patterns would be to have a relatively big blind spot area or a big unknown area.

How’s that for clarity?

And that, my friend, is what is really driving me these days. You don’t have to agree with me. But, am I at least making a statement with clarity?

You don’t have to agree with me. But, am I at least making a statement with clarity?Kevin E Bowser

Categories: Diagnostics, Emotional Intelligence, Leadership Lessons
Disclosure of Material Connection: Some of the links in the post above are “affiliate links.” This means if you click on the link and purchase the item, I will receive an affiliate commission. Regardless, I only recommend products or services I use personally and believe will add value to my readers. I am disclosing this in accordance with the Federal Trade Commission’s 16 CFR, Part 255: “Guides Concerning the Use of Endorsements and Testimonials in Advertising.”