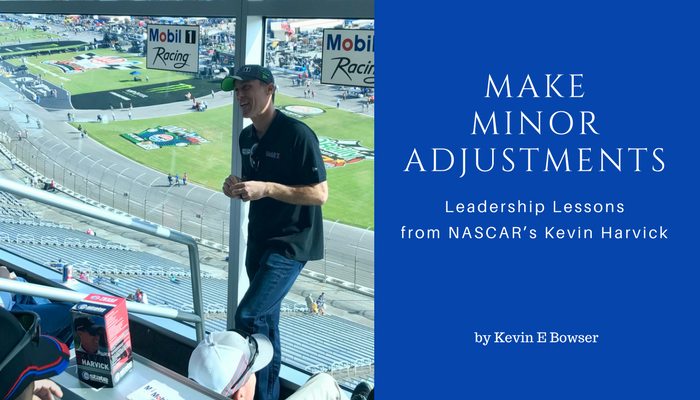 Last Sunday I found myself at an unlikely place. I spent the day at Texas Motor Speedway and got the chance to meet Kevin Harvick, Clint Bowyer, and Tony Stewart. One thing that I knew going into the event was that some of those guys more than their fair share of fans and “haters.”

Part of the race experience for me that day was the opportunity for a very intimate question and answer period with Kevin Harvick and Clint Bowyer who would strap in and race later that afternoon. We also got the chance to listen to Tony Stewart tells stories and talk about his life in retirement from NASCAR racing. I am not a big NASCAR fan. But I really enjoyed the Q&A session and it provided a leadership lesson that I don’t think Kevin Harvick intended to provide. He just provided a bit of an inside look at the complex nature of modern racing and the importance of making minor adjustments.

Kevin Harvick discussed his qualifying runs earlier in the week and how he felt the #4 car was performing. After his final qualifying run, he felt that he was about two and a half tenths of a second from where he needed to be to be competitive on Sunday afternoon. He said, “I told Tony (Stewart) that I have one-tenth of a second still in me and I can squeeze that out on Sunday. And after we tweak the lubrication (the Mobil 1 oil) I know we can get at least another tenth and a half from the oil.”

The importance of two and a half tenths of a second

Do you see that? Harvick is concerned about only 69 feet of a race that is more than 2.64 million feet in length. But .00002614 is the difference between winning and coming in somewhere else back in the pack.

Kevin Harvick was absolutely convinced that a minor adjustment to the oil blend in his race car would be the difference between being a success and being an “also-ran.” Harvick went on to win the race on Sunday. He succeeded. He got his team to make the adjustment and he reached deep within himself and he won the race for Stewart-Haas Racing and Mobil 1. Congratulations Kevin Harvick! 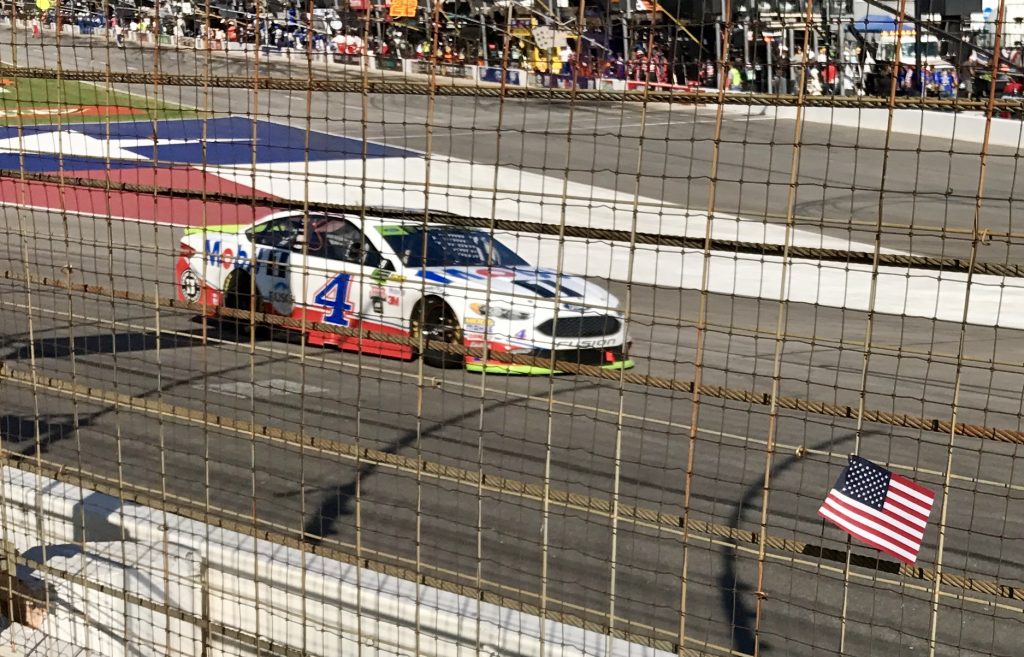 He only had a tenth of a second inside of him. But he managed to get it out of himself. He needed the rest to come from the equipment or tools. And that is where the leadership lesson was for me.

What minor adjustments do I need to make in my skills in order to succeed as a leader? It is not really popular to think of leadership in terms of winning or losing. But the reality is that if we as leaders win, then our organizations and our followers will win as well. At a minimum, they will benefit from the win. I am often looking for big things to change or big issues to resolve when the reality may be that the difference between success and failure may be only a minor adjustment.

Kevin Harvick and the Stewart-Haas Team were concerned about 69 feet out of the 2,640,000 feet of the total length of the race. That concern prompted them to make a minor adjustment in their lubrication. Are you looking at making any minor adjustments in your leadership skills that will bring measurable results like that?

Categories: Leadership Lessons, Sports, Teamwork
Disclosure of Material Connection: Some of the links in the post above are “affiliate links.” This means if you click on the link and purchase the item, I will receive an affiliate commission. Regardless, I only recommend products or services I use personally and believe will add value to my readers. I am disclosing this in accordance with the Federal Trade Commission’s 16 CFR, Part 255: “Guides Concerning the Use of Endorsements and Testimonials in Advertising.”