As we come out of Halloween filled with Superheroes and the determined pursuit of ones own self(ish) interest (trick or treating), I and few Americans look forward to a more hallowed day that has become a hollow day to the majority of Americans.

Veterans Day, the red headed step-child of its much cooler Father, Memorial Day (probably due to booze/bbq/and the Summer bikini) will come and go without much notice by the average American with the possible exception of the Post Office and a few banks here and there being closed.

It wasn’t always that way.  November 11th 1918, Veterans Day originally called Armistice Day originally celebrated and memorialized the Service of some twenty million American men sent abroad and away from home to fight “over there”, in the big war, in the war to end all wars.

We late 20th Century Americans sometimes forget that America wasn’t always the military steamroller it is today. World War I was for most of 1914 to the final German Spring Offensive of 1918, a really close call, I mean razor close. We didn’t know we were going to win as in all our military entanglements of the past forty years; it wasn’t a given or foregone conclusion.

And that’s where Americans came in, spurred on by calls of service, sacrifice and a good bit of jingoism, American young men by the hundreds of thousands, the millions left the farms, the factories, and the universities to fight over there. They did it because they were ordered, because they were threatened, because of selflessness and perhaps the raison d’être for military enlistments since the Greeks and Spartans.

These men, using grit and a farm boy work ethic charged the Hun and their Maxim guns and in short order, about a year and a half, finished a job the British and French were unable to complete. If World War I were a movie, it would be Star Wars-where a ragtag bunch of Farm Boys traveled to the other side of the Galaxy and came home with the big win.

Speaking of coming home, today we complain about being gone for a three-, six- or nine-month deployments. But back then, you kissed your sweetheart goodbye and didn’t come back until you were dead, missing a limb or got the job done. Today, less than 1% of Americans will serve in uniform in their lifetimes. Things have changed. Attitudes have changed.

Through Vietnam and into Present Day, we have forgotten what we can do for our country. We continuously ask with our outstretched hand, “What is our Country going to do for us?”

This became readily apparent after the events of September 11, 2001. I was in the Navy at the time and posted to the Arabian Gulf and as we occasionally got the chance to watch CNN, I was waiting, waiting, and waiting to see the lines and lines of young men in line at the Recruiting Stations to meet this new enemy on their own turf. It never materialized and that’s become the problem.

Captain America never existed.  SEAL Team Six can’t rescue us from everything and anything that comes down the pipe. Real life doesn’t work like that. 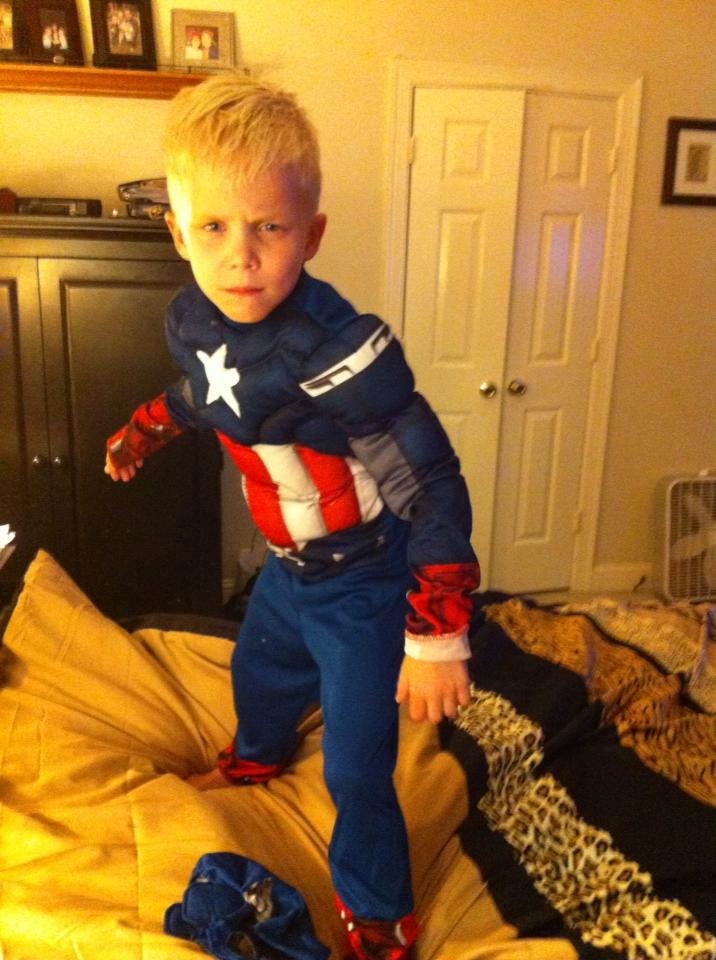 Today, there are 2 million Captain Americas in all shapes and sizes doing all manner of jobs daring and mundane and they leave the Service one way or another. They stand in Boardrooms and Classrooms and Street Corners, they rarely talk about their experiences whether it’s the challenge of feeding 5,000 servings of scrambled eggs every morning on an Aircraft Carrier for 6 months or surviving a bloody ambush in the streets of Sadr City.

Remember them and honor them in your own private way whether it’s a handshake or a door hold or a tip of the hat to the old timers that wear their Korean Veteran trucker Hats with 60 shiny pins going through them displaying every facet of their lives as fighting men.

The greatest gift we can give our Veterans and our children is to teach our children that Captain America never existed. There is no Super Soldier that we can call on in a time of war. Everyone that has ever worn the uniform, heard the jets exhaust, witnessed rounds crack overhead, and seen peoples bodies turned inside out owns a small tiny piece of that Red, White, and Blue Uniform. They deserve a small sliver of that Red, White, and Blue Shield.

Captain America never existed but every year several hundred thousand young men and women, not old enough to drink a beer, line up at Airports the same way their predecessors lined up at train stations to take the challenge of doing something for their country. They line up like their predecessors to take a journey that has an unknown fate and unforeseen outcome asking not what their Country can do for them but what they can do for their Country.

This Veterans Day, if you want to thank a Veteran, buy them a donut or a cup of coffee.  Noticing and acknowledging their Disabled Veteran License Plates or their Vietnam Sticker, is nice and all.

But if you really want to honor a Veteran, join the fight yourself, grab a rifle, a shovel or a spatula and do your part overseas to keep America safe.  If you are too old or missed your chance, have an honest conversation with your children or a young person about service and sacrifice and what they can do for their Country.